Rabies has been ranked as one of the top five priority zoonotic diseases in Kenya and according to the Ministry of Health, an estimated 2,000 people mostly children die annually from rabies related complications.

Makueni County, is one of the counties in the country that suffer the highest burden of human deaths due to rabies. Others include Kisumu, Siaya, Machakos and Kitui.

Its is against this backdrop that the County Government through the Department of Veterinary Services has launched a free mass dog vaccination exercise aimed at eradicating dog – mediated rabies.

County Director of Veterinary Services Dr.Timothy Wambua told Kenya Monitor in his office at Wote, that the exercise expected to kick off next week is a rabies elimination strategy that will provide a systematic reduction of the zoonotic disease through sustained mass dog vaccinations.

Dr.Wambua said that an estimated 125, 706 dogs across the county will be targeted during the vaccination and called for collaboration between residents and relevant stakeholders to help create and maintain a rabies -free county.

“Mass dog vaccination is the single most cost effective intervention to control and eliminate rabies and we ask all residents to ensure that their dogs are vaccinated during the exercise,” he said.

Acting County Health Executive Dr. Andrew Mulwa speaking in Kathonzweni during the World Rabies Day retaliated that the Department of Health will provide vaccines against rabies in all health facilities in the county to help save lives.

Dr. Mulwa said that the fight against rabies required a multi-sectoral approach adding that his docket will ensure easy access of the rabies treatment by stocking enough vaccines.

“ We shall collaborate will all relevant stakeholders to eliminate rabies in the county in the next three years,” he said.

According to Wikipedia rabies is a viral disease that causes acute inflammation of the brain in humans. Early symptoms can include fever and tingling at the site of exposure followed by violent movements, uncontrolled excitement, fear of water, an inability to move parts of the body, confusion, and loss of consciousness and eventually death.

However, the disease can be controlled through timely treatment or dog vaccination with vaccination being the most effective way of controlling the disease. 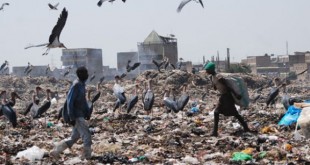 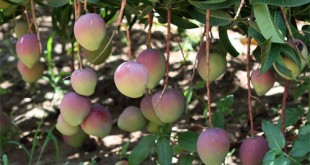