The beauty of what the Chiefs are doing is that they are able to reach as many people as possible on their phones with a single text message. To do this they registered for the twitter accounts through their phones after which they ask residents to follow them for updates. Each tweet is sent to their followers at once in the very way that bulk text messages are usually sent, only it is charged as single text. In addition these messages get posted online adding their visibility.

“It is the most effective tool of communication. It is cheap and you can all the people irrespective of the type of phones they are using,” says Chief Kariuki.

Apart from using it for emergency purposes the Chiefs are using the tool to create awareness of job opportunities to their residents as well as for mobilization purposes.

“I have 26 village elders. Initially I used to call all of them every time I wanted to organize a public baraza or any other communication meant to be passed on to residents. The calls used to be very expensive and I would not be sure if they will pass it to all the intended persons, say for instance if I want to reach 5,000 people,” says Chief Rashid.

He adds that the tool has helped build social cohesion among residents as they are usually communicated to at ones and as they come out to assist each other either during emergencies or social events their ties are enhanced the more.

Besides looking at the tweets that the Chiefs send one discovers something else. Through them they have reported as many thefts as possible of livestock since they are always reporting about a stolen cow or sheep.

“We have used it to stop the theft of cattle and motorbikes,”

says Chief Karanja of Free Area as Chief Kariuki adds that the secret of communicating to the residents is making the tweets as simple as possible.

“I usually don’t care what people say about the tweets. Whether they are grammatically wrong or not the aim is usually to talk to my people. I use the language they understand.”

Listening to these tweeting Chiefs of Nakuru enumerating what they have been able to enhance their administrative roles with the twitter technology one discovers that sometimes in life what we only need to change the status quo is simple creativity.

Their call is to the government to use their example and encourage its use in different other regions in the country. 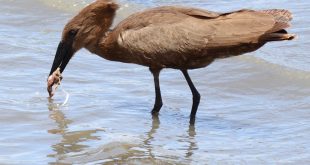