The last one year and part of this year has been difficult for media freedoms in Kenya. Journalists and bloggers have felt the wrath of power and influence when doing their job in a manner only closer to the old, darks days of Kenya.

Over 60 journalists have bloggers were silenced, intimidated, harassed and even killed, in a spate of violence against freedom of expression, freedom of the media and access to information. When Kenya promulgated the Constitution on August 27th 2010, with robust provisions for journalism practitioners, never was it imagined that these provisions will remain in paper.

April 30th 2015, three days before World Press Freedom Day, was the saddest of all. Kenyans woke up to shocking news of the cold murder of veteran journalist, John Njakusi Kituyi, the editor and owner of The Mirror Weekly, an independent regional publication published in Eldoret, Uasin Gichu County.

The 62 year old father of seven was investigating the network behind alleged witness interference in the case against Deputy President William and the former radio journalist Joshua arap Sang before the International Criminal Court (ICC) when assaulted by two unknown assailants and repeatedly hit in the head. He was walking home at 7.30pm. Before the incidence, he had received threatening messages and even reported to the police but nothing was done. To this day, no suspect has ever been arrested neither have police made any attempts to investigate and bring the issue to book.

Police, state officials, politicians and individuals have all contributed to silencing and intimidating of journalists. Each month, at least two journalists or bloggers are threatened. For instance, Article 19 East Africa last year documented that that from January to September 2015, every month had cases of intimidation.

The cases of threats against journalists and bloggers have been all over the country, with few incidences in the northern part of Kenya. Isiolo, Meru, Embu, Kiambu, Kitui, Mombasa, Kwale, Kajiado, Nairobi, Narok, Bomet, Kisii, Kisumu, Bungoma, Uasin Gishu and TransNzoia counties all recorded threats to freedom of expression.

In the same month of April 2015, journalists Nehemiah Okwemba of Nation Media Group and Reuben Ogachi Citizen TV were attacked and their cameras destroyed by paramilitary service men (General Service Unit), while investigating a complaint by local pastoralists regarding the confiscation of over 200 heads of cattle by the same officers near a state-owned Ranch in Tana River. The two journalists sustained serious injuries which caused bone fractures. One GSU officer told them they would have killed them had their commander not intervened.

Kenyans online have also not been spared the wrath of excessive force and impunity. The use of ‘improper use of licensed telecommunication gadget’ under Section 29 of the Information and Communications Act was rampant. It criminalizes publishing information online which is deemed unlawful by the authorities. The section has since been declared unconstitutional.

Others were charged with “undermining authority of public officer,” for criticizing government officials on social media pages, a charge under section 132 of the penal code (Chapter 63 Laws of Kenya), which was enacted in 1948 during the colonial rule.

In most of these cases, bloggers and Kenyans online were arrested and held for some days for questioning. They would then be released without being charged. The arrest is made on Friday and successful online engagements lead them to be released on Monday.

Last year, some of the Kenyans who have suffered this intimidation in the last one year include Abraham Mutai, Nancy Mbindalah, Robert Alai, Patrick Safari, Cyprian Nyakundi, Elijah Kinyanjui and Wahome Thuku.

In 2016, already several have not been spared the intimidations. Ezer Kipkirui was arrested and held for taking a photo of a long queue in a Huduma Center in Nakuru. Journalist Yassin Juma was arrested for sharing a Facebook comment showing a photo of one of the dead Kenya Defence Forces (KDF) members but when he was alive. Mbuvi Kasina faces six counts for misuse of licensed telecommunications system for questioning expenditure of Kitui South Constituency Development Funds (CDF).

Journalists Alphonce Shiundu and John Ngirachu were summoned to the Department of Criminal Investigations (DCI) for allegedly publishing classified information. They had reported mission millions of shillings from the Interior Ministry which details had been made available to the National Assembly’s committee by Interior Cabinet Secretary Joseph Nkaissery.

This trend follows last year’s one when Macharia Gaitho, Purity Mwambia, Bernard Namunane, Frankline Wambugu and Alex Kiprotich had also been summoned by the DCI and asked to reveal the sources of their security related stories. It is a cardinal rule in journalism that sources are sacred.

Some journalists and media houses have also been sued for defamation by various state officers for publishing some stories. Kurgat Marindany of Radio Africa was sued for defaming the Kajiado District Commissioner for writing that he cried in public. Nairobi Governor, Evans Kidero, sued National Media Group and Standard Media Group for publishing stories that linked him to the financial mismanagement of Mumias Sugar Company.

Furthermore, all Judges of the Supreme Court sued the Star newspaper owned by Radio Africa Group claiming one of its articles had portrayed them as corrupt judicial officers. The article is alleged to have said that they receive bribes to make certain key decisions. National Bank of Kenya filed a defamation case against Nation Media Group over newspaper articles it termed ‘malicious’.

Moreover, Nairobi Aviation College was granted an order by the High Court to begin Contempt of Court proceedings against Nation Media Group, over an article alleging that the institution issues fake certificates to students.

This year, blogger Cyprian Nyakundi has three defamation cases from Bidco, Safaricom and Nahashon Nyagah for publishing stories related to them. Nyakundi himself also sued journalist Larry Madowo for defamation for casting aspersions on his character in an article in his blog.

Allan Wadi has been exception in the last two years. He was arrested, arraigned in court and jailed for two years in 2015. He was charged with undermining the authority of a public officer and hate speech. Lawyer, Edward Oonge however appealed the sentence after eight months and he was released. He was however arrested again in March 2016 and charged with incitement to violence. The case is still ongoing.

In an unprecedented move, KENIC also pulled down a domain which stated whether the President was in the country or not. President Kenyatta has made most foreign trips than any other President and Kenyans were wondering the value of these trips. This led to a dormain name, isuhuruinkenya.co.ke being registered. When loaded, it either replied with a NO or YES depending with the location of the president. At the time of its launch in December 2015, the President was away attending a summit in South Africa. He had just come from Commonwealth Summit in Malta and Climate Change Summit in Paris. Trending hashtag #IsUhuruinKenya accompanied the online conversations. Pressure from Kenyans online saw the domain reinstated later in the evening after being off the whole day. 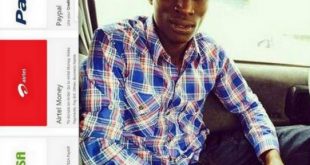 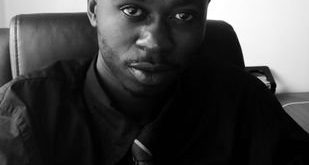