Home / Governance / Engaging with the Constitution of Kenya

Ever heard someone explain a concept so well that you had to share it?

At the recently concluded training for CSOs on ‘Monitoring the Right to Health’ conducted by Kelin, I did. Mr. Awele, an advocate, explained the Constitution in a simple way.

As he put it; In the beginning, each individual’s rights and privileges were limitless. The resources were in plenty and each human being lived by his own rules. If an individual, Mr A, wronged another, Mr B, the punishment would be decided by Mr B as he see fit. If your neighbor took something you considered yours, you dealt with that situation as you wanted to. You could ignore it or even beat him up without much external interference. Clearly this situation could not possibly go on forever.

With time, there was growth in population, the resources began to diminish and there arose a need for order in the society. Individuals recognized the need to have a common set of rules to govern their interactions and ensure commonality and justice especially where punishment for a wrong doing is considered. Thus the Constitution came to be. The Constitution is a set of rules/laws that govern the society. Constitutionalism is when all are in agreement that they have to be guided by common rules. It is acceptance that, as an individual, my rights and privileges are not limitless…they are limited by the Constitution, which makes us equal.

However, even as individuals gave up their rights for the sake of the common good, they maintained the right to keep those with the mandate to safeguard the Constitution in check.

Personally, I do not even remember how I voted during the referendum, mostly because my opinion was informed for me by the politicians, neighbors, friends and family. Very few people read up the Constitution before voting…we all collected shaky data about the ‘contentious issues’ in the Constitution and voted accordingly. Once Mr. Awele explained the concept of what the Constitution is, it got me thinking. If your rights, and my privileges have been curtailed for the sake of the Constitution, wouldn’t you want to read up and find out what it is all for? Aren’t you curious on what exactly are the rights every individual gets a chance to enjoy! At the very least, each person should have the knowledge on how to interact with the Constitution and on who forms and enforces the rules of Kenya. Also, how to make yourself heard if you do not like the rules formed on your behalf by your leaders. We should get the chance to understand devolution, that is, the National Government and the County Government.

Read the Constitution. Well, at least skim through and grasp a few facts about what your rights are.

The writer is an Accountant. 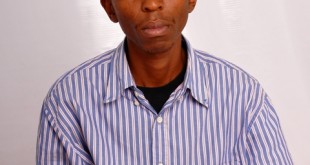 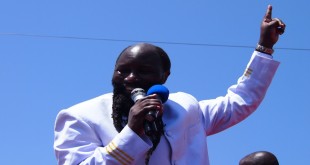