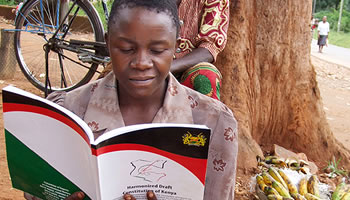 A Revolution That gave Power Back to the People 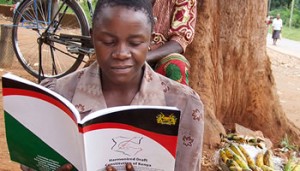 Wherever a civilization has developed, members of that civilization desire to govern themselves, to create order and more conspicuous the allocation of resources- proverbially referred to as the national cake in this part of the world.

When the Romans had had enough of the Kings, supreme monarchs who had elevated themselves to near god, they overthrew the monarch and declared Rome a republic, governed by laws and a Senate that maintained order in the eternal city for close to a thousand years before Julius Caesar crossed the Rubicon.
This is not an exposition on the history of the Roman republic, like the Romans, in the early 1990s Kenyans had had enough of a system that was exploitative, a near god totalitarian and the mockery they were being subjected to like lining up behind the photograph of their favorite candidate in an election only for them to lose even though they had the longest queue.

The agitation that followed this period of awareness and second birth led to a cold day in August 2010 when Kenyans gave a new constitution to themselves and to future generations and set the nation on a different path from her peers.

At a time when other sub-Saharan nations struggled with the longevity of the term of a president and whether they are too old to be in office, Kenyans cast in ‘stone’ that the sovereign power in the country is not vested in a despot who has ruled since independence in the 20th century but in the people-Wanjiku.

The constitution captured the Kenyan revolution, its liberte, fraternite and egalite cast in the bill of rights. It was a mark of revolt against a state that had once been described by Mwalimu Julius Nyerere as a man eat man society.

The constitution was an uprising against bad governance,’siasambaya’, endemic corruption and a culture where the King and his myrmidons fill their pot bellies while the millions of the Plebs in the streets fight for survival. It was the panacea to all of life’s problems in the republic.

The constitution like the Declaration of the Rights of Man and of the Citizen of 1789 provides for a just society where all citizens are equal in its eyes, are equally eligible to all high offices, public positions and employment, according to their ability and without other distinction than that of their virtues and talents.

It places all citizens on the same pedestal as opposed to a nation of few millionaires and a multitude of beggars as JM Kariuki had witnessed in the 1970s. In the Kenya imagined by the new constitution anybody’s dream is valid and article 38 guarantees that one does not have to look over their shoulder these days when imagining they can be president of Kenya.

In the past gaining the presidency in Kenya meant that the president and his closest allies (not his tribe) secure access to rewarding government indentures, land, bribes and led to extremely tense political competition that sometimes led to bloodshed.

Through devolution the constitution solved (or tried to) the obsession with the presidency, giving the power of self-governance to the people and enhancing the participation of the people in the exercise of the powers of the state and making decisions that affect them.

Devolution was the answer to a top-down model of governance and development, where development trickled down from the central and people in the periphery received their share of the national cake depending on how close they were to those who wield political power- this always meant it was directly proportional to one’s ethnicity vis a vis that of the president.

The new constitution created a participatory approach to development. Participatory development advances the coming together of local participants together in joint inquiry and can offer a promising tool for promoting people-centred development in political and economic systems that encourage local empowerment.

The implementation of the new Katiba will serve as window for change that Kenyans have clamoured for, long since some of us were born.
Accountability in public office will give Kenya its missing link towards its prosperity but all the above will just be some writing on a piece of paper if full implementation is not realized.