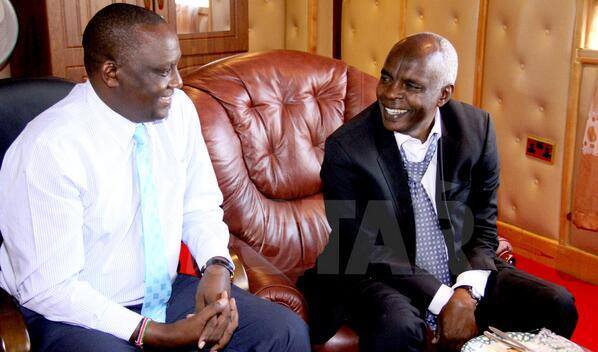 Members of the Makueni County Assembly and the executive led by Governor Kivutha Kibwana put aside their differences and passed the 2015/2016 budget without any wrangles.

The assembly unanimously passed the Sh6.4B budget on Tuesday with a majority of MCAs rooting for reconciliation between the two arms of government, a complete opposite of the scenarios witnessed in previous financial years where chest thumping, threats and arguments on budget related issues were the norm.

The County Assembly allocation which has been the center of the wrangling  for the last two years in row received Sh593M a budget ceiling set by the Commission of Revenue Allocation (CRA) and an additional Sh70M approved by the Senate to settle unpaid bills incurred in the last financial year.

The allocation, mostly for recurrent expenditure is a significant decrease from last year’s allocation of Sh673M, which was later, reduced to Sh373M as, directed by the CRA.

While contributing to the motion to adopt the report of the Budget and Appropriations Committee, Mavindini MCA Martin Mutuku said the onus of implementing the budget lay squarely on the executive but urged the county assembly to forge a good working relationship with the executive for development.

He however said that the County Assembly would not abandon its role of oversight as envisaged in the constitution.

“We shall work together with the executive but we shall also play our role of oversight effectively,” said MCA Mutuku.

The MCA’s sentiments were echoed by his Muvau counterpart Josiah Kavita who called on the executive to expedite the implementation of development projects in the county.

He said low absorption of development funds would lead to a budget crisis occasioned by the large amounts of underutilized funds.

Kavita also called for shared public participation between the two arms of government for unity.

“No arm can work in isolation, we need to work as a team,” he said.

Francis Mutuku, Chair of the Budget Committee lauded the passing of the budget without infighting saying that the two arms were now ready to work together for the sake of development.

He said the budget was a culmination of hard work and consultation between the assembly, the executive and other relevant stakeholders.

Residents of Makueni have also taken to Facebook to express the opinions with many arguing that despite the wrangling in the past two years, there is light at the end of the tunnel.

With the passing of the budget without delays, the residents can only hope that the county government will deliver the much needed services.