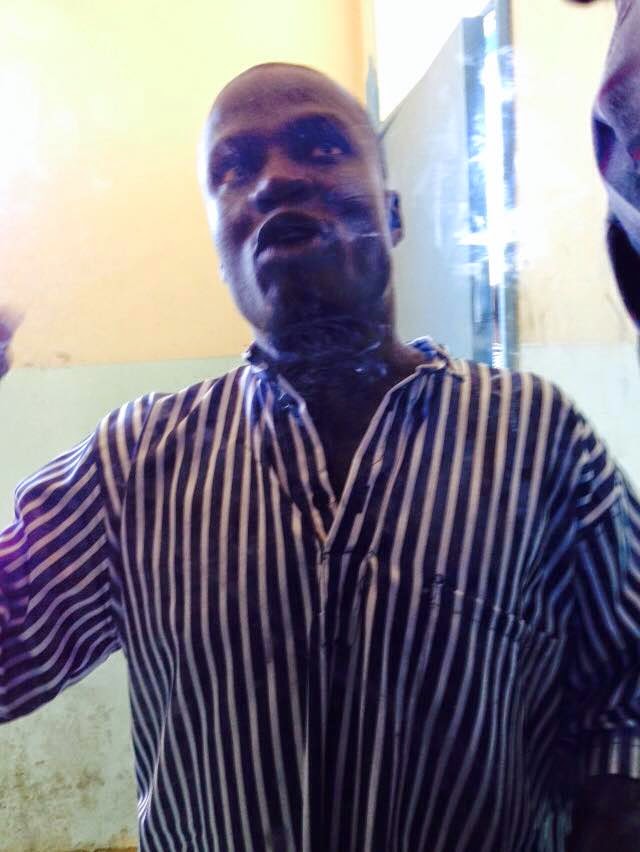 Allan Wadi at the Athi River G.K Prison where he served 6 months of his 2 year Jail sentence (image courtesy trendingnewskenya.com)

University student Allan Wadi Okengo who was sentenced to jail in January this year to serve a 2 year jail sentence for hate speech remarks on his Facebook page and undermining the authority of a public officer has been freed. Wadi’s appeal case was heard yesterday 2nd July 2015 with the  appeal presented by his lawyer Edward Oonge. Wadi has been  at the Athi River G.K prison in Kitengela for the last 6 months serving his 2 year jail term.

News of his release were made known on Twitter through his friends with many celebrating the news as others cautioned him to ensure that he focuses on his studies.

So proud of Allan Wadi’s lawyer @edwardoonge. Just my best criminal lawyer. The young man has been freed after our successful appeal. — Robert ALAI (@RobertAlai) July 3, 2015

So proud of Allan Wadi’s lawyer @edwardoonge. Just my best criminal lawyer. The young man has been freed after our successful appeal.

Wadi’s release was not a bail pending a new hearing but a plea that was lodged by his lawyer who successfully argued that the Magistrate who presided over his case made fundamental errors. It also emerged that Wadi’s sentence was  NOT an unequivocal plea of guilt as he was led to believe that if he plead guilty, he would be charged on a lighter sentence.

Although he is not not yet out of Jail, Allan Wadi is a free man and should be out of prison once the court’s administration matters are finalized.

Allan Wadi was a fourth year student at the Moi University when he posted the face book updates that got him arrested, charged without legal representation and sentenced to a two year jail term. He was convicted on two counts of hate speech, after saying members of the president’s Kikuyu ethnic group should be confined to certain parts of the country and the charge of undermining the authority of a public officer when he also posted in Facebook that the President should be killed.