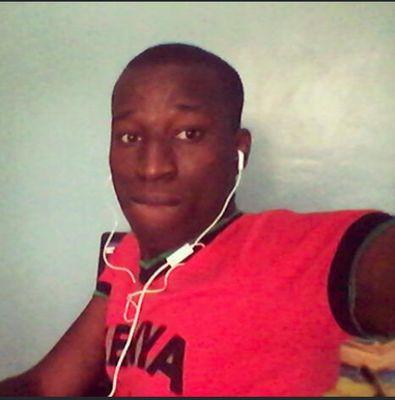 Blogger Cyprian Nyakundi is in a legal tussle with Safaricom and has also been center of social media attention after his attempts to mobilize funds for his legal fees using Safaricom’s Mpesa platform.

In Nyakundi’s blog, he has published multiple articles where he makes many allegations against Safaricom including maltreatment of staff, corporate fraud among others. Attempts to get Nyakundi’s retraction and apology did not work and  consequently, Safaricom filed a case in court against him for defamation.

In what would be a brilliant piece of irony, Nyakundi is mobilizing fees for his lawyer using Safaricom. He launched the drive yesterday via a hashtag on twitter #lawyerfornyakundi. In what could be a ground breaking move if he succeeds, it will be an incredible feat against the biggest corporate in Kenya and an example of how effective Safaricom’s Mpesa has become.

I have a good Lawyer willing to represent me with 150K . Contribute to Nyakundi Legal Fund if you can #LawyerForNyakundi

Some people are finding it ironic that Nyakundi asking people to raise funds for his legal defense fee using the same company that is sueing him.

Nyakundi is using mpesa to get contributions to get funds for a lawyer to sue safaricom? would someone close to him please tell him. — brian (@_wangwe) July 14, 2015

Kenyans on twitter are split on opinions. Some supported his course while others bashed him for his “irresponsible” actions. Here are some of the sampled tweets.

As a young boy I was always taught to pick up a fight with a boy my size lol #lawyerforNyakundi — Mûkaru Ng’ang’a (@Gishuvski) July 14, 2015

Thought when you bashing Multinationals, you always make sure you can afford a Lawyer.. ni fee ama lawyer tena! #LawyerForNyakundi

#LawyerForNyakundi Let the guy learn. I’ve always been against social media activist who post crap while hiding behind their gadgets. — The Trumpetist (@stevotrumpetist) July 14, 2015

Meanwhile on Facebook, radio host Caroline Mutoko went on a rant condemning Kenyans on social media for being hypocrites; that they incited Nyakundi and when he needed their support as his arraigned in court, none of his many followers showed up. In her words, Nyakundi’s fiasco reminded her of the fickle social media support Jimnah Mbaru and Peter Kenneth got in the last elections. Nyakundi’s case among others highlights the need for bloggers and other online content writers to be careful with what is published online. The Bloggers Association of Kenya (BAKE) holds regular workshops and training sessions for Bloggers to sensitize them on the legal rights and responsibilities. While the Constitution guarantees us freedom of expression, there are limits and bloggers have to be aware the rights of others as far as libel and defamation are concerned.

The next training sessions by BAKE on Blogging & Social Media will be held in Mombasa on 31st of July and 1st of August and a workshop on the Internet and law set to take place on 29th August respectively.