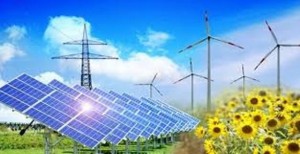 Last week, Kenya became only the fourth African country to commit to binding targets to reduce carbon emissions under the UN. Kenya seeks to reduce its greenhouse gas emissions by 30 percent by the year 2030. To achieve the target, the county aims to continue implementing the National Climate Change Action Plan of 2013-2017.

In the spirit of the late professor Wangari Maathai, part of this commitment includes the goal of achieving at least 10 percent tree cover of all land area. However, there are those who believe that it is possible to meet, and even go beyond the target.

It is not news anymore when we hear of a politician illegally owning a large piece of land in the middle of a forest. Not just owning the land, but also engaging in other developments that alter the natural state of the forest.

In a manner that preserves human dignity, the government has been keen on evicting and relocating people living in the forests as a way of enhancing an intra and inter-generational equity.

Under Kenya’s Intended Nationally Determined Contribution, Kenya recognizes its total greenhouse gas emissions standing at 73 metric tonnes of carbon dioxide equivalent in 2010.  This is because a larger population relies on wood fuel as their only source of energy.

In order to mitigate the risk, Kenya has committed to provide clean energy technologies to lower over-reliance of wood fuels by enhancing solar, wind and geothermal energy productions.

With the expected high rate of population increase, it calls for more infrastructures and more land for settlement and agriculture. Enlargement of urban centers will be inevitable. More energy will be needed to serve the needs of the growing population. A combination of these factors will eventually contribute to high emission levels that heighten Kenya’s vulnerability to climate change.

Natural catastrophes like floods and droughts resonate well with Kenyans thanks to climate change. These extreme climatic conditions have led to an economic loss to the country. Such events occur almost at the same time annually, a situation that can be reversed if the necessary mitigation and adaption measures are put in place.

Under the National Climate Change Action Plan, extreme climatic occurrences could cost the country’s economy approximately US$500 million annually. This translates to about 2.6 percent of national GDP together with long-standing effects curtailing economic growth.

The action plan further indicate that the 1998-2000 drought is estimated to have led to about US$ 2.8 billion loss emanating from lower hydropower generation, reduced industrial activity, loss of livestock and crops and forest fires. The 1997-98 floods that affected about 1 million people led to a loss of around US$ 1 billion. Lives were lost, crops destroyed, infrastructure damaged and high health demands.

Kenya has lost more than it can quantify to disasters contributed by climate change. Landslides, water pollution, soil erosion and air pollution are some of the occurrences that human beings partly contribute in one way or another.
With the right approaches, Kenya can effectively mitigate climate change risks. Promotion and financing of climate smart agriculture is a vital way of addressing soil erosion and food insecurity. Such issues drive citizens to engage in damaging activities as a way of generating income to support their families. Irrigation has proven to be sufficient in arid areas where crop production is almost impossible through rain-fed agriculture.

Perkerra irrigation scheme is now producing food that is consumed as far as Nairobi.

Burning fossils for instance, charcoal has become a major source of income to most rural dwellers because they can easily access trees. The activity requires neither skills nor a license to practice.  While it may not be easy to enumerate the amount of carbon emitted through burning charcoal, it stands as a major contributor.

The US$ 438 million committed by the Government of Kenya between 2005 and 2015 towards programmes considered significant in addressing climate change risks as per the Action Plan is commendable. Nevertheless, committing money without considering the views of the public, when making decisions may delay or hinder target attainment.

That ‘mama’ in the village needs to understand the meaning of cleaner technology, climate smart agriculture or renewable energy. She needs to understand why the government is putting aside that much money to some projects. Until now, people cannot comprehend how a natural disaster like drought would have been contributed by human activities hence the need for civic education.

Proper implementation of policies will make it possible for Kenya to move from a lower middle-income country to a higher level. Adherence to the provisions under the Climate Change Bill of 2014 and the formation of a Climate Change Council will ease the process of developing mitigation and adaptation approaches.

The writer is an environmentalist.