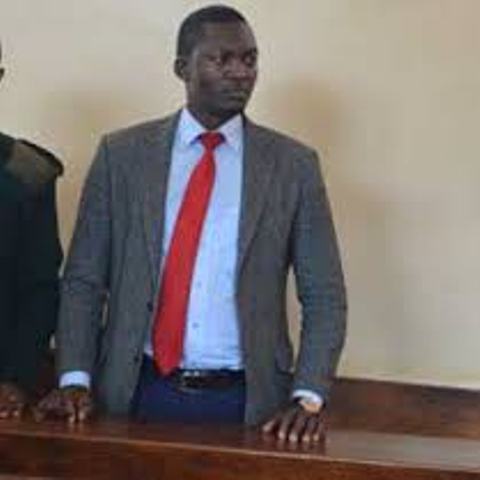 Eddy Reuben Illah was yesterday charged in a Kiambu court with posting on social media pictures allegedly showing the bodies of Kenya Defence Forces (KDF) soldiers who were attacked and killed in Friday’s attack by Al-Shabaab militants in El-Adde, Somalia.

He was accused that on January 16, 2016 at an unknown place within Kenya, he distributed pictures allegedly showing dead KDF soldiers through a WhatsApp group called “Youth People’s Union”.

The charge sheet further said that he did so knowing that the pictures were grossly offensive and with an intent to cause needless anxiety to the family members of the officers and Kenyans in general.

The prosecutor said Eddy committed a crime under Section 29 of the Kenya Information and Communication (KICA) Act 2009.

Eddy Reuben Illah’s charge is different from all other charges against Kenyans using the same Section 29. All other charges were about posting comments on Facebook and Twitter, which the aggrieved parties felt were injurious to them. However for him, he is alleged to have shared it in a WhatsApp group.

The Act defines telecommunications system as

(i) speech, music and other sounds;

(iv) signals serving for the impartation (whether as between persons and persons, things and things or persons and things) of any matter otherwise than in the form of sound, visual images or data; or

(v) signals serving for the activation or control of machinery or apparatus and includes any cable for the distribution of anything falling within (i) to (iv) above;

Improper use of system is explained in Section 29 as;

His lawyer, Mr Edwin Sifuna, tried in vain to have him released on a free bond on the basis that the offence was not serious.

The case will be mentioned on the February 2 and hearing will begin on February 12.