The Vuka! Coalition under the auspices of its Rapid Response and Catalytic Initiatives Action Teams will rely on a series of dialogues to unpack the three key elements of civic space resourcing:  Funding in the Covid-19 environment; stigmatisation and criminalization of foreign funding for civic space as well as resourcing for protest movements.

This is against the backdrop of a mandate by its members to examine and explore the primary obstacles and opportunities for civic space funding/resourcing.

The dialogue held on 17 September 2020 was the second in this series of dialogues. The coordination call specifically sought to explore how civil society and philanthropic groups can come together to counter the stigmatisation and criminalisation of foreign funding for civic space issues.

Over 30 civil society and philanthropic groups participated in the call and a pluralistic and inclusive dialogical methodology was employed including breakout groups and written exercises. Among the objectives for the series was identifying the current manifestations of how states stigmatize and target foreign funding for civic space issues to delegitimize and starve civil society activism of resources. 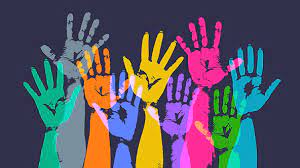 There was also the need to map current strategies used to counter this stigmatisation and criminalisation of foreign funding among philanthropic and civil society groups as well as interrogate how these strategies can be strengthened, including through collective action among philanthropic and civil society groups. Finally, the threat level to defenders on the ground increases in the wake of state-driven campaigns that seek to demonize foreign funding.

“Advocacy by international CSOs is also being impacted because of the growing state-driven ‘stigma’ alleging the imposition of western values on national civil society,” said the organization in a statement

“For instance, a number of Islamic faith-based CSOs are being prevented from receiving or transferring funds and have some been taken to court or persecuted under draconian counter-terrorism laws,” said Vuka!

Some countries with historically strong democratic institutions are also increasingly seeking to stigmatise foreign funding and groups that receive it. There is also the fact that new actors are being targeted every day. As more states criminalise foreign funding, it is becoming increasingly difficult for some organisations to transfer money directly to HRDs and civil society groups operating in restrictive environments.

Criminalisation and stigmatisation of foreign funding are creating barriers throughout the system, including growing reluctance among some banks to facilitate legitimate transfers. In a growing number of countries, it is no longer possible to directly fund CSOs and HRDs operating on the front lines.

In Kenya, supporting advocacy with the Financial Action Task Force (FATF) to reduce FATF directives is being used as an excuse to stigmatize and criminalize foreign funding. However, pro-bono legal support has been successful in countering criminalization in countries that have some independence in courts/rule of law.

There is also support for CSOs to develop and deploy narratives that promote their legitimacy. Rise in public support and local funding in the context of COVID-19 as communities understand the important role they play. Another option is working with new allies to raise awareness of civic space and civil society, including celebrities and communications companies.

Developing complementary narratives on why C S O S matter is also actionable.  Philanthropic groups have also become more flexible in providing funding to groups on the ground and consider who can receive the funds, what is funded and how issues are funded. Funders should discuss with grantee partners early and often in the grant relationship. Take steps to communicate with partners via secure channels and reduce reporting requirements to the bare minimum required wherever possible.

Some of the strategies and tools civil society and philanthropic groups have taken or observed to counteract stigmatisation and criminalisation of foreign funding should include greater solidarity from donors, philanthropic groups where helpful, should issue public statements underscoring the legitimacy of their funds and the work of grantees when CSOs are targeted.

Philanthropic groups can support litigation in the courts when a CSO’s account is unwarrantedly unfrozen. There should be double efforts to concretise the right to receive foreign funding, and building on measures to mainstream the right to receive funding in international human rights law.

There should also be development of common arguments and recommendations that reference international norms as well as augment engagement with humanitarian groups and agencies which are increasingly being subjected to undue restrictions under sweeping foreign funding laws.

“Leverage the counter-narrative that governments themselves are receiving foreign funding, so why shouldn’t civil society be allowed to! We need to use clear, unifying, accessible, compelling language in our messaging,” urged Vuka!

Building strategic communications and narrative capacity among frontline groups, leveraging arts and culture while identifying new messengers and greater coordination among CSOs and donors, can help as well. 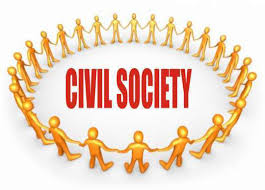