Just a few weeks ago Shantel Nzembi who was found dead and her body put in a gunny bag in Kitengela and Michelle Jeniffer from Kayole who left home for school only to be found dead a day later at the Mama Lucy Hospital on Kangundo road. Both were only 8-years- old.

There has also been a spate of kidnappings as well as cases of sexual violence with a good case in point being Kericho County whose children department is alarmed over the skyrocketing number of defilements. 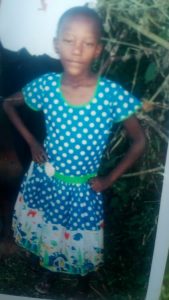 According to Kericho County Assistant Director of Children’s Services Jane Rono, cases of defilement amongst girl of between 12 and 15 age bracket were being reported to their office on daily basis with those entrusted with the minors’ wellbeing preying on them. She pointed out Sosiot and Sondu areas as the most affected areas and that most cases involve close relatives, parents, and acquaintances.

According to the Access to Medicines platform when celebrating the Day of the African child, the Covid-19 pandemic has worsened the challenges that vulnerable African communities were already grappling with before the pandemic. With such effects, it is becoming increasingly difficult to meet and uphold children’s rights.

For example, Kenya has also reported a spiraling number of teenage pregnancies which means quite a number of girls will not be able to attain quality education. Additionally, quite a number of children have experienced sexual abuse and domestic violence occasioned by the stay-at-home measures put in place to counter the spread of Covid-19.

According to The World Bank, COVID-19 has negatively impacted the country, thereby negating all the steps taken as far as poverty reduction in Kenya is concerned. This has in effect made it very difficult for children to access basic needs.

In a recent report, the United Nations International Children Education Fund (UNICEF), has called for the accelerating of the Sustainable Development Goals achievement in African countries during and beyond COVID-19. This, according to the UN body, can potentially grant every child a fair chance in life, which means they will be able to secure good health, safety, education, protection as well as equal opportunities. All these are geared towards the realization of the African Union Agenda 2040.

Walking the talk, as far as accelerating progress towards the SDGs for every child is concerned, the UNICEF embraces a ‘3As’ approach recommended for implementation by African countries;

“Although there has been some progress in the implementation of Agenda 2040 such as the reduction in the Infant Mortality Rate in Africa from 54 deaths per 100,000 live births (2014) to 43.934  deaths per 100,000 live births (2021), there is still that needs to be done. This includes reducing to zero all preventable infant deaths including neonatal causes such as asphyxia, child pneumonia, malaria and diarrhea in all African countries,” said atm platform on their website “The African countries governments cannot accelerate the implementation and attainment of Agenda 2040 alone but need multi-stakeholder collaboration with NGOs, private sector, teachers, community leaders as well as the children themselves.”

“The guiding principle “Leaving no one behind” should be at the fore of all the key stakeholders’ minds to fully implement these commitments and recommendations. Investing in children and young people is key in the achievement of a more equitable, just and sustainable world for all! A dream African continent is possible!” read another part.

Every 16th June, the Day of the African Child (DAC) is observed by the African Union and its member states as a commemoration of the 16th June 1976 student uprising in Soweto, South Africa in response to the introduction of Afrikaans as the medium of instruction in local schools.

The theme for the Day of the African Child (DAC) 2021 is “30 years after the adoption of the Charter: accelerate the implementation of Agenda 2040 for an Africa fit for children.”