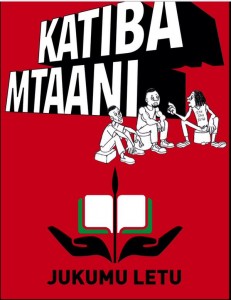 The newly launched Sheng translation of the Constitution of Kenya 2010