Corruption in Kenya: How Graft is Chocking Kenya 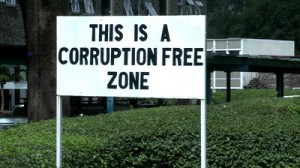 Corruption in Kenya is systemic. One of the institution that allegedly fuels it is Parliament. In addition, most of the elected and appointed leaders have been adversely named in various reporting casting aspersions on their integrity. However, they still hold high profile state positions.

In this second and third part, Captain Wanderi discusses it in more details

Sometimes in 2011/2012 I accompanied BSJ, a friend to Continental House where he was to sign a business agreement with an MP. Before we got to his Office, the MP called and changed the venue to the Main Parliament Buildings. We were picked at the gate by his security aide who ushered us into the Member’s Lounge (Restaurant) where our host ordered drinks for us.

BSJ introduced me as his lawyer and after signing the agreement, our host MP (now a Senator) asked where my offices are. I told him what I did but due to my title/rank he asked many other questions. After mentioning one place I have served in, in public service, the MP asked if I knew a certain person. I answered affirmatively and he asked a lot of questions about that individual which I answered to the best of my knowledge. Our host then called another MP (now a Governor) to our table and asked me to repeat what I had told him about this individual. The two then engaged in a conversation (in our presence) which went this way:

As we were being ushered out of Parliament Buildings, our host was on call with another person (I guess the 3rd MP) and I could clearly pick words & phrases like, “chairman na watu wake” “nimesema atumane kwako”, “ataongeza” “mkate”, “siagi”, from the one sided conversation. Before we stepped out of the Building I clearly heard our host say this to the other person; asante brother, hiyo nitamwabia leo, saa hii tu; wazee hawawezi kula mkate bila siagi, ataaongeza ……”

As you read this, the person the MPs were discussing is a very vocal member of one of the most powerful and important State Agencies; a Constitutional Body in the Republic of Kenya. Any time I watch this individual addressing the media, I always wish I had a tape recorded that day. Despite objections raised by some groups he still got the job. You know how and why.

NB: Do not waste time asking me to report to the EACC. I know how things work there and my faith in the Kenya Witness Protection Program is something else. What should concern you is whether the Speaker of the National Assembly is right to waste time & public resources investigating the “hon” members of the PAC for receiving bribes to doctor reports.

Coming up in PART 5: Why KACA, KACC, the Ethics and Anti-Corruption Commission (EACC) and the National Anti-Corruption Steering Committee hardly make any impact in the fight against corruption.