No end to crisis at Pumwani Maternity Hospital 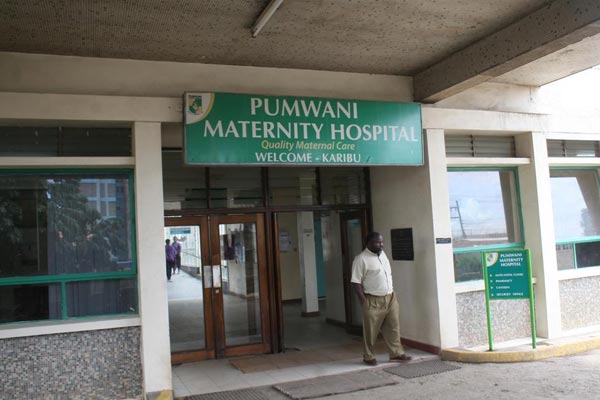 There appears to be no end to the troubles confronting Pumwani Maternity Hospital. A day after the Nairobi County Health executive Mercy Kamau took out an advert in the local dailies to announce the end of the strike by the hospital’s staff, nurses at the hospital have come out to contradict her, insisting that they are still on strike.

County officials say there is no strike at Pumwani as nurses insist strike is still on http://t.co/VaB7toiQ8M pic.twitter.com/HicwajZDK4

Nurses at the hospital On Monday said that they will not return to work until the county government meets their demands chief among them increasing security at the hospital. Pumwani, the largest maternity hospital in the country and Sub-Saharan Africa, has been beset by accusations of child theft. The nurses insist that the accusations – widely covered in the local press – have not been proved and have endangered their lives.

As the push and pull between the nurses and the Nairobi County government has continued, Kenya National Union of Nurses Secretary General Seth Panyako has been doing the rounds in the local press explaining how the negative media coverage has turned Pumwani into a “hostile work environment” for its staff.

Dr Panyako: Pumwani has previously been vindicated by police. No stealing has ever occurred. Nurses there r being assaulted. Its traumatic — KBCChannel1 (@KBCChannel1) April 8, 2015

Dr Panyako: Pumwani has previously been vindicated by police. No stealing has ever occurred. Nurses there r being assaulted. Its traumatic

Panyako’s comments about the treatment of the staff appear to have been vindicated by Nairobi County’s advert yesterday. According to The Star County Health executive Mercy Kamau apologized to Pumwani staff for having to “put up with insults, disrespect and negative image.”

It might just be a case of too little to late for Nairobi County government. Panyako has escalated matters by announcing that all Nairobi County nurses will be going on strike if the County doesn’t resolve the crisis Pumwani maternity hospital.

Pumwani always attracts the attention of the public whenever it finds itself in the throes of crisis. Reportedly the third busiest maternity hospital in the African continent, Pumwani occupies a special place in the hearts of many Nairobians. The reason why is no mystery. With 30, 000 deliveries a year, the lives of millions of Nairobians have started at the hospital. This is therefore an issue that Governor Evans Kidero needs to devote his energies to.