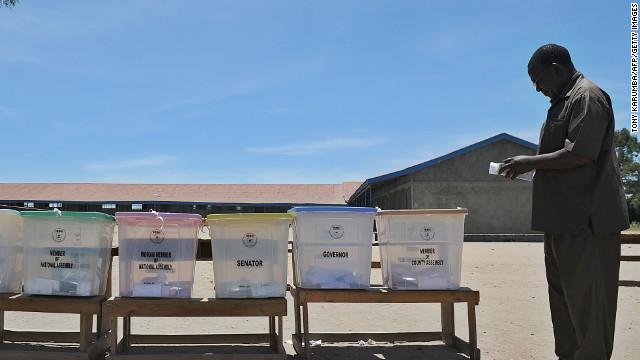 A group of local NGOs that were involved in the 2013 Supreme Court presidential election case have urged Kenyans to use the lessons from that the last polls to improve how the country conducts and monitors elections in future. The NGOs made the suggestions at a debate held today at Hilton Hotel headlined “Rethinking Election Management in Kenya.” The debate organized by Kenyans for Peace with Truth and Justice (KPTJ) and AFRICOG was held on the second anniversary of the Supreme Court of Kenya’s ruling on the 2013 presidential election.

2 yrs on, What was the Impact Supreme Court Judgment & whats Its Implications 2017 Elections #RethinkingElectionsKEpic.twitter.com/zvqbnJWSVW

The debate attracted participates from across the political divide among them James Orengo of the Coalition for Reforms and Democracy (CORD), Moses Kuria of the ruling Jubilee coalition and Martha Karua who ran for president in the 2013 polls on a NARC-Kenya ticket.

Moses Kuria, Martha Karua and James Orengo are the main speakers at #RethinkingElectionsKEpic.twitter.com/SCvhmgQq3V

Speaking at today’s event Willis Otieno and Gladwell Otieno highlighted the lessons that Kenyans can learn from the 2013 polls among them treating elections as a “process” instead of a one-off event:

‘The elections do not belong to politicians.’ @gladwellotieno, on how civil society’s petition around 2013 elections were under highlighted

‘We approach elections in Kenya as though it’s an event, yet it’s a process. Polling is an event.Election process is ongoing.’ Willis Otieno

Besides faulting the Independent Electoral and Boundaries Commission (IEBC) for its many errors in the elections, the two also picked issues with the Supreme Court’s ruling in 2013 presidential petition arguing that the court made several fundamental mistakes.

Willis: In 2013 elections, There was never an opportunity for inspection of voters register #RethinkingElectionsKE @MarthaKarua

Willis: Two years later, @IEBCpage has not gazetted the number of election voters in Kenya. #RethinkingElectionsKE

We adopted the biometric registration process, but didn’t integrate it to the Electronic Voter ID kits. #rethinkingelectionske — Nanjira (@NiNanjira) April 21, 2015

There was no audit of the Safcom election results transmission process. Everyone just believed ICT would work. #rethinkingelectionske — Nanjira (@NiNanjira) April 21, 2015

The Supreme Court acquiesced to overlooking the importance of political party agents in the election process. #RethinkingElectionsKE

The petition respondents: Uhuruto, Moses Kuria, Itumbi, got 100% of all they wanted from the Supreme Court rulings #RethinkingElectionsKE

Looking ahead to the 2017 elections, Willis Otiteno made several suggestions on how Kenya can improve how the IEBC functions and the ways in which it can be more accountable to the Kenyan people.

Willis Otieno: We must procure EVD kits as soon as now and they must be uploaded on the BVR register #RethinkingElectionsKE

Willis Otieno: We do not need a national tallying center for election. The elections must be local. #RethinkingElectionsKe — Ni Sisi! (@nisisikenya) April 21, 2015

Media projecting results is not an announcement of results, they should be able to, based on results announced at constituency level. — Nanjira (@NiNanjira) April 21, 2015

Martha Karua for her part said that it’s necessary for Kenya to learn from the mistakes of the past to have better elections. The NARC-Kenya leaders also said that the most important sticking point for the next elections is who will announce the results:

If we cannot learn form yesterday’s mistakes, then we cannot shape tomorrow’s future. @MarthaKarua on #RethinkingElectionsKE

Karua: Democracy is about participation. IEBC must convene a meeting to discuss ways to shape our electoral system. #RethinkingElectionsKE

Weakest point in the next elections is who is going to declare results? @AfriCOG@KPTJ_Kenya#RethinkingKeElections — Martha Karua (@MarthaKarua) April 21, 2015

Moses Kuria, predictably, played the role of “non-believer” in the debate. The Gatundu South MP was present to make the case that the Jubilee coalition’s win in the 2013 presidential poll was squeaky clean. According to Kuria Jubilee won the election as early as December 2012.

According to @honmoseskuria, Jubilee won the election on 18 Dec 2012 when the voter registration was completed. #RethinkingElectionsKE

‘The fabric of this society is dead if we can’t even agree on what to disagree on.’ @honmoseskuria… #RethinkingElectionsKE