On Saturday April 25, the Jukumu Letu initiative which aims at sensitizing Kenyans on the need to follow up on the implementation of the constitution was launched in Nakuru. The event took place at the Nyayo gardens.

Here is a pictorial story of what happened.

The event did not start on time due to a power failure: 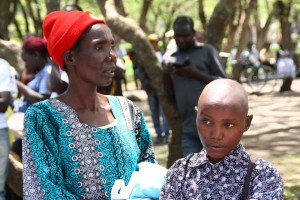 So the Jukumu Letu team decided to come up with activities to keep the audience busy. The activities included singing games by the Dance into Space group: …as well as some ‘stand up comedy’ by the puppeteers: …although that could not take away the disappointment of the power failure: By the time the event started, it was way past 3 p.m: The first on stage were the puppeteers with their ‘Watu bila Wire’ comedy: 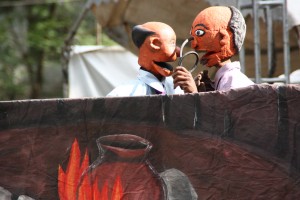 …which amused the audience: They were followed by a performance by the guest artist of the day. The young man from Makueni County did not disappoint with his prowess on playing the guitar, or is it the prowess of “kukwata kawaya”: 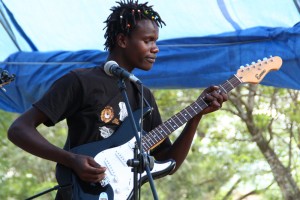 All this time the cameras were rolling: 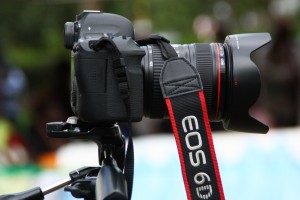 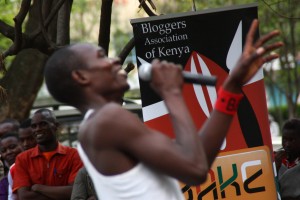 Then came ‘Dance into Space’ with their official performance: 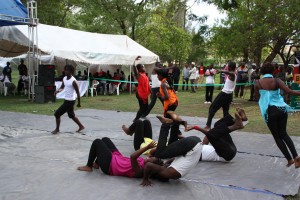 …which was a blend of dance and recitation: 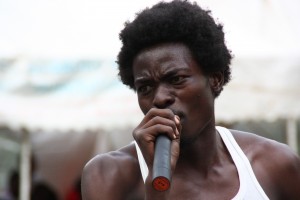 No sooner had the ‘Dance into Space’ left the stage: 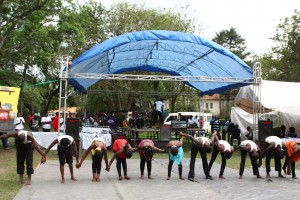 …than a heavy down pour took to the stage, literally: 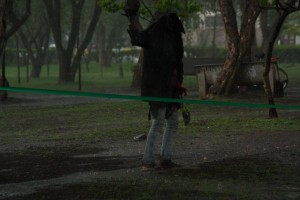 Still though, the photographers continued capturing the event: Then the musicians closed it with the ‘Jukumu Letu’ theme songs: 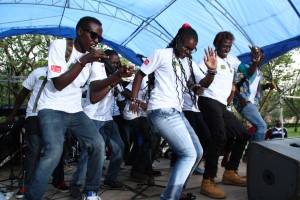 …and at the end Nakuru residents were reminded of their responsibility to track the process of implementation of the constitution: 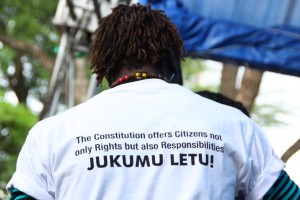 They were also reminded that, they live with the choices they make: What remains is for bloggers and journalists to track the process of how the citizens will keep that process of the implementation of the constitution on track: 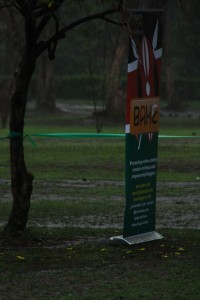