April 27, 2015 marked exactly two years since the death of former Makueni Senator Mutula Kilonzo. The senator died at his ranch in Maanzoni, Machakos County and the body was found on  his bed  on the fateful day at around 7am. The death of Mutula who had earlier claimed that his life was in danger shocked many people and Kenyans of all walks of life mourned his death.

The cause of Mutula’s death has never been established as postmortem results of the senator, who was said to be in good health before the demise, have never been released to the public despite the family hiring a London based pathologist, Ian Calder. 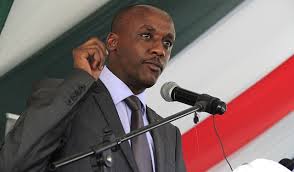 On January 13 this year, his son, Makueni Senator Mutula Kilonzo Junior, sensationally claimed that his father was poisoned, and that samples sent for analysis in the UK had been tampered with raising concerns of foul play.

Although there was no remembrance ceremony held to mark the second anniversary as witnessed last year, residents of Makueni County took to social media to celebrate the senior counsel’s life.The residents on Facebook poured out their tributes to the former senator whom they described as a hero.

His contribution to the country,they said will never be forgotten.

The senators absence,the residents  stated was also missed by the lions in the ranch with his son accusing the former senator ‘s Window Nduku Kilonzo of starving the cats.

Some residents also argued that the current infighting between Governor Kivutha Kibwana and  MCAs would not  have happened if Mutula were alive.

Renewed calls to have his murderers if any, brought to justice were also made.

The promise to release the long awaited results of the postmortem conducted by both local  pathologists and his family Pathologist Calder was still fresh in the residents minds.

Now that his son had taken over the  leadership mantle, the residents hoped that Mutula junior would follow his father’s footstep

Mutula was born in Mbooni in July 2, 1948 to Wilson Kilonzo Musembi and Mama Rhoda Koki Kilonzo. Despite his humble backgrounds the former legislator rose up the ranks to become one of the most powerful and respected lawyers in the country earning him the title senior counsel. He was the former president’s Daniel Moi long serving lawyer. Mutula shows a skirt to the press after his controversial remarks
Photo:CapitaL Fm

Mutula joined politics in 2003, when he was nominated to Parliament and won the Mbooni MP seat in 2007 and appointed the Minister for Metropolitan and Justice and Constitutional affairs. He was later transferred to the Ministry of Education where he is remember for banning holiday tuition and controversially pushing for school girls not to be forced to wear what he described as nun skirts due to their long lengths.

His short stint at the education docket made him a darling of many people in both Makueni and the entire country. This perhaps explains the reason why he easily defeated former Kilome MP Harun Mwau in the 2013 senatorial race despite the latter putting up a spirited and well financed campaign.

After his death, his son Mutula junior won the Makueni senatorial seat. His contribution is not only perhaps missed by the country but also his family especially now that his son and his step- Mother Nduku have recently been involved in a public spat over the management of the Machakos ranch. The Makueni senator has accused Nduku of starving his father’s lion. Mutula feeds his lion at the Machakos Ranch
Photo:Kenya Today

Probably of more interest and concern to many Kenyans is whether the cause of the senior counsel’s demise will remain shrouded in mystery just like the deaths of other prominent figures in the country.