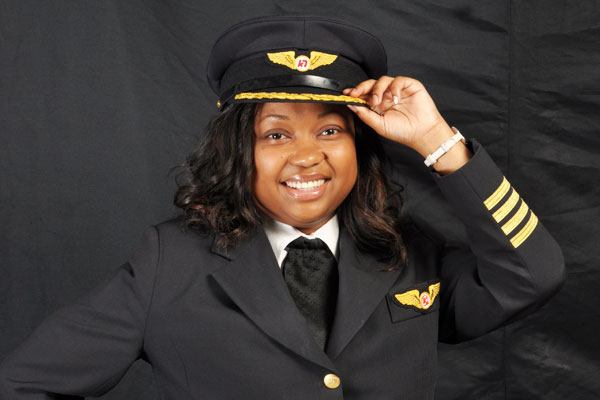 Young women of Mukuru kwa Njenga are slowly penetrating into male dominated works in a move to provide for their families. With those involved being single mothers or married women who are struggling with hard economic times, any job which can put food on the table for their family and ensure their children attend school is worth their time. Many say they have closed their ears from outsiders who discourage them or vilify their work and have decided- what man can do, a woman can do better..!!

You will see them at road construction sites or even digging trenches for underneath cables, carrying blocks/ballast at upcoming buildings to doing bodaboda business. Jane Ngawasi, a single mother of 9 year-old boy has been working with a road construction company which is doing road repairs in Mukuru kwa Njenga for two months now.

Previously, she used to wait for clients who wanted their clothes washed. She has experienced the bad and good about working in a field where men rule. She too has struggled to match the demands a job which entails long hours of hard work under scorching sun, little rest and sometimes low pay. She says

Today, women like Jane Ngwasi are able to pay their house rent on time, pay school fees in installments and perhaps afford decent meal for their loved one. To them, no job is designated for a man or woman so long one is determined to learn from those who know and afterwards perfect the teachings.

Out of the many women interviewed, one point is clear. To compete with men, earn their respect and be accepted by the community takes time and courage; not for the faint hearted.

A normal day for Jane starts at 6am every weekday except on Sundays where she has a chance of waking up at 8am. Jane lives in a single room at Wapewape area in Mukuru kwa Njenga ward. House cleaning and breakfast preparation are the first duties she undertakes, and by 7am they are on table having breakfast with her son. Since it is a holiday she won’t be taking her son to pre-school rather he will be left in the hands of the neighbors until she returns late in the evening.

She hits the road at 7.40am to meet her counter parts. She and her friend are the only women in group of more than 30 men. Her job in the ongoing road construction is to carry concrete from the mortar mixer machine with a shovel to masons who are building guard lines.

Jane notes that prayer has kept her going for those months and slowly she is gaining confidence of not seeing herself as less human because she undertakes odd male jobs.

The mode of payment for their work is cash where each worker is paid according to days worked though not the same as masonry who is paid more than them. She however, declines to state how much they are paid per day.

One of the greatest challenges she faces every day, is the struggle to prove to her male counter parts that she can match their standards. The notion that she is a woman and has to be favored is a perception she has decided to live with but which is far from the truth as she works for the money.

Use of vulgar language and sometimes sexual advances also threaten her stay as some workers promise to teach a lesson if she does not give into their demands, something she has fought vehemently.

Jane acknowledges that she used to cry every time man used abusive language on her but nowadays she only laughs at the “jokes” thus creating a humble environment. Jane plans to save some money and start a small business. Her greatest dream is to own a cereal shop and leave the male field alone but for now, it her only source of income.

Mueni who agrees to mention only her middle name, she operates a bodaboda from General Motors Stage to the interior of the industrial area along Kiang’ombe section. Currently, she has separated with her husband and now she takes care of two boys single handedly. This is her second year since she entered into the bodaboda job. Even though she started her work with one motorbike which she had on loan, today she owns other three which operate on different routes by youths.

Mueni notes that many look at her like a woman who has lost direction. Sometimes she has to convince her clients that she knows how to ride the bike properly and perhaps assurance they will arrive safe. The shortest distance costs sh50 where her target is to make 15-20 trips depending on the availability of customers.

She admits her greatest challenge is convincing older people who have grown with strong belief on jobs for women. Some even ask her how they will sit since it is taboo to hold woman who is not their wife. However, young people especially male have started enjoying her ride. They claim she is always careful and that their money will assist other little ones at home as opposed to men who might engage in beer taking.

Just like Jane, Mueni suffers the bad mentality of men who assume she gets more money not for the transport she provides but because she is a woman. Sexual harassment is also an obstacle she has to deal with.

These few women from Mukuru kwa Njenga engaging in what society perceives as male sector is a clear evidence that women have made undeniable progress. Just like in all other sectors like politics, medicine and engineering the numbers of women performing duties viewed as for men are increasing.

All in all, these women are determined to fight for recognition in the male dominated fields they work in. Their greatest ambition is not to outdo men, but to prove the world that they have the potential to deliver their duties to the best.