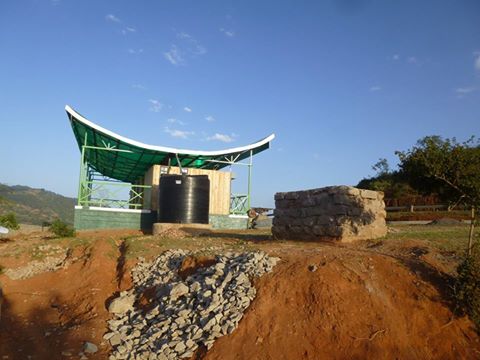 Makongo View point tourist site in Makueni .The project has caused a stir among residents on social media
Photo:Facebook

The new dispensation of devolved units brought with it hope and many Kenyans who had been marginalized by the central government system believed that devolution would address the myriad of challenges they faced.

Devolution brought a flicker of optimism to the residents of Makueni, a county faced with perennial water problems and food insecurity. Despite the incessant wrangles between the Governor Kivutha Kibwana and MCAs, the government has initiated some projects that have resonated with the needs of the common man.

However, some of the projects residents argue lack foresight, especially the Makongo tourist viewpoint that has continued to draw a flurry of reactions on social media.

The project alleged to have been allocated Sh4M and an additional Sh5.1M has attracted the wrath of residents on Facebook who said that the project is not a priority.

Some residents demanded that the county government prioritize water.

The heated debate got the attention of the Senator Mutula Kilonzo Jnr who promised action by senate.

Speaking during the launch of the construction of the Makongo Stopover and High Point Observation in June last year Director of Tourism Diana Muli said the Sh4M project once completed will serve as a tourism attraction within Kenya and beyond.