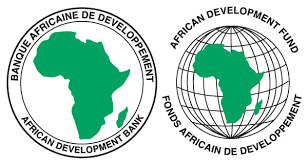 African Development Bank has funded the construction of Thwake Multipurpose Dam in Makueni and Kitui counties at a cost of Sh42B
Photo:Google

Thwake Multipurpose Dam, a project under the Tanathi Water Services Board to be constructed at the confluence of Athi river and Thwake river at Mavindini and Kanyangi locations in Makueni and Kitui Counties respectively will be a masterpiece, the greatest in the country.

The dam, funded by the African Development Bank to the tune of Sh42B will provide water for domestic, irrigation and hydro-power purposes and is expected to be the main supply of water for the Konza Techno city.

According to Chief Executive Officer Tanaathi, Engineer Nicholas Muthui, the proposed dam will cover an approximately 2,900 hectares in the two counties with a total catchment area of around 10,200Km2 and the water will extent upstream to a distance of between 8.6 Km to 9 Km.

Speaking at the proposed site in Mavindini the engineer, disclosed that the dam will have a capacity of 825M cubic meters and will come complete with a concrete wall to be constructed across Kathulumbi, Nduya and Kilisa hills at a height of 84 meters.

The proposed dam design also includes a concrete spillway at Makueni and an emergency spillway at Kilisa and Nduya hills.

The dam will produce 17.6 megawatts of hydro-power per day, which will be exported to the national grid for countrywide distribution according to the engineer.

On irrigation, more than 61,800 hectares in the two counties will be covered under the project with Makueni having the lion’s share of close to 58,600 hectares.

Muthui noted that the dam will be constructed in two phases with phase one entailing the construction of the dam and harnessing of the water at the cost of Sh21B while the second phase will establish the hydro and irrigation component to the tune of Sh22B.

Thwake Dam was initially proposed for construction in 1953 during the colonial times but was never implemented. The project was approved in 2013 and will serve several locations in both Makueni and Kitui counties, which include Kalawa, Wote, Kibwezi, Kathonzweni, Makindu, Mtito Andei and Kanyangi among others.

The project when complete will definitely be a game changer in the two counties classified as Arid and Semi- Arid areas. The low rainfall and the erratic weather patterns make the regions susceptible to water scarcity forcing residents to walk for long distances in search of the precious commodity. But with the project, residents will have water in abundance not only for domestic use but also for irrigation.

The Program Coordinator Musembi Munyao speaking at the same venue said the funds for the project have been disbursed and it’s only a matter of time before the work begins.

Munyao however said the land acquisition and resettlement action plan must be implemented to the letter for the success of the project.

“We would want to have a win-win situation where everyone affected by the project is satisfied,”he said.