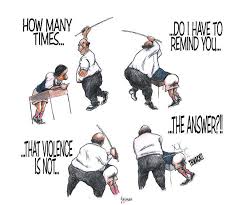 Fourteen year- old Titus Mwendwa*(not his real name) walks with a noticeable limp. His face contorts in pain with every single step he makes.

His mathematics teacher, Mrs. Dinah Wambua reportedly assaulted him on the 22nd day of June injuring him on his private parts. His crime; he could not crack one of the sums given by the teacher as an assignment during a maths lesson.

Although the standard six pupil from Mathagathi Primary School in Kathonzweni, Makueni County had answered all the other questions correctly, that single wrong answer attracted the wrath of his maths teacher. The severe punishment by Ms. Wambua has left the innocent boy at the brink of infertility, although that could be the least of his worries for now.

The teenage boy’s greatest nightmare is the excruciating pain in his inflamed private parts. Besides the agony when walking Mwendwa* has also difficulties passing urine.

He narrated to journalists at Wote town, how on that fateful day the maths teacher seized him from his desk, held his tiny short tautly and allegedly grabbed one of his testicles before thrashing him with a cane.

“The teacher grabbed me by the lower abdomen and held one of my testicles against my shorts and started beating me,” said Mwendwa*.

He said after the punishment he, reported the matter to the deputy head teacher Mrs. Mary Musembi but was instead reprimanded and dismissed.

“She asked me to get some warm water from the kitchen to relieve the pain,” he said.

The school’s cook who requested anonymity for fear of reprisal confirmed to Kenya Monitor that the boy had indeed sought warm water from the kitchen.

“He came to the kitchen and requested for warm water but because I was preparing tea for the teachers I didn’t pay him attention but he later came back crying,” said the cook.

“I honored his request but I never bothered to find out why he was crying. I came to know later that he had been assaulted,” she added.

According to the mother, Zipporah Mueni the boy arrived home on that fateful day and disclosed to her that he had inflamed lymph nodes on his groin. Upon further inquiry by the mother, Mwendwa* confessed that his mathematics teacher had caned him on the calf part of his both legs, hence the inflamed nodes.

“My son told me he had been beaten by his teacher and I immediately bought some painkillers hoping the pain would disappear,” said Mueni.

The mother of five however said after several days she noted that his son had developed difficulties while walking and when she insisted on checking his groin, she realized that one of testicles had swollen. It is at this point that her son disclosed that the teacher had pulled one his testicles inflicting the injuries.

“After further prodding he told me the teacher had hurt him on that fateful Saturday,” she said.

Mueni said that she immediately took her son at the nearby health facility at Mavindini but claimed that the boy was discharged after three days for unknown reasons, despite his condition. She now reads mischief on her son’s sudden release from the health center.

“Certain forces are conspiring to have this case bungled but I will pursue the matter to its conclusive end,” she vowed.

The boy has since been referred to Machakos Level Five Hospital for specialized treatment and has already booked an appointment in August for a scan to establish the degree and possible the cause of the injuries. Consequently, he has has stopped going to school due to the injuries.

The matter was first reported to the Makueni Children Officer Mr. Rasto Omollo who directed the boy to record a statement at the Kavumbu Police Station. However, the boy is yet to fill a P3 form that could help pursue the matter in court and the father of the boy Nganda Mwamuu has expressed fears that the medical report at Mavindini health centre might have been tampered with.

“The medical report only indicates about the inflamed testicles and not the cause,” he said.

A police officer at the police station who requested for anonymity, as she is not authorized to speak to the press said it would be difficult to fill the P3 form without proper medical reports.

“The scan would reveal the nature and degree of injuries which would now form a good basis for a case in court,” she said.

The case had already generated a lot of heat in the education circles with Kenya National Union of Teacher (KNUT) County top officials accusing undisclosed forces of witch-hunt.

County KNUT Secretary General Benson Ndambuki has already dismissed the allegations as mere fabrications. He said that the boy was suffering from orchitis, an inflammation of one or both of the testicles.

“Orchitis is an infection that is common among young boys of Mwendwa’s* age,” he claimed.

Ndambuki also refuted claims that KNUT was trying to shield the teacher from the alleged offence but said that preliminary investigation revealed otherwise.

His sentiments were also echoed by Kathonzweni Deputy Sub county Education officer Mr. Ngumbi who also cast doubts on the possibility of the alleged assault.

Mr. Ngumbi said though investigations are still going on, the boy could have been injured elsewhere and disclosed that he was punished alongside other six boys who have given conflicting statements on the incident.

“The teacher alleged to have injured the boy is a young lady employed by Parents Teachers Association and I doubt if she can do such an act,” he said.

He however said that they will wait for the medical report and decide the next cause of action. Efforts get comments from the teacher or the school administration failed as they refused to talk to the press.

Corporal punishment in Kenyan schools is still being used by teachers despite a ban. The government prohibited the punishment in 2001 and legislated a Children’s Act which seeks to protect children from all forms of abuse and violence.

If investigations prove that the teacher abused Mwendwa* then legal action should be taken against the teacher for causing bodily harm. This perhaps will serve as a lesson to other teachers who resort to using the outlawed punishment.

If the case is however proved otherwise, then proper measures should also be put in place to protect teachers from cases of witch-hunt, which Mr. Ngumbi says are increasingly becoming common.