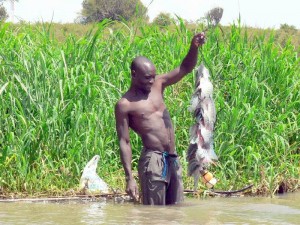 Kisumu city, arguably one of the most oldest settlement in Kenya is preparing to celebrate its 114th anniversary. Historical records indicate that Kisumu has been dominated by diverse communities at different times long before the white man arrived. The people from Nandi, Kalenjin, Abagusii, Maasai, Luo and Abaluhya community converged at the tip of Lake Victoria and called the place “sumo” which literally means “a place of barter trade”.

Kisumu was identified by the British explorers in 1898 as an alternative railway terminus and port for the Uganda railway to replace Port Victoria which was by then an important centre on the caravan trade route near the River Nzoia delta.

It was elevated from a Town to a Municipal Board in 1940 and later to a Municipal Council in 1960. It was designated as a “city’ in 1996 but was never awarded a City Charter. In 2006, it became the first to be
designated as an “UN Millennium City” in the entire world. Section 60 of The Urban Areas and Cities Act no. 13 of 2011 which came to effect on immediately after the general elections of 4th March 2013 created the City of Kisumu.

The year 2015 celebrations shall mark the 114th year of existence of the City of Kisumu. It will be celebrated from Sunday the 20th day of December 2015 to Saturday the 26th day of December 2015. The seven days festivities aim to attract over 5 million revelers from the both locally and internationally. The Festival is about fun, fun and fun marked by endless street parties and carnival celebrations thro’ songs, dances, food, entertainment, merrymaking, shopping, Culture in the central Business District.

The theme for this year is: “Exploiting City of Kisumu’s Diversity for Its Sustainable Growth.” This theme acknowledges that the City of Kisumu is a multi-cultural and multi-ethnic habitat and that there is need for the communities to celebrate the richness of their diversities to strengthen their cohesion, tolerance and unity especially in view that the City of Kisumu has demonstrated a slow but steady recovery and growth from the turmoil of Post-Election-Violence of 2007/2008.

Kisumu Central Business District Association (KCBDA) which owns the initiative but is working through an independent committee of 15 persons drawn from the County Government of Kisumu, The Security Organs and Private Stakeholders aims to raise sh100 million to successfully host the event. A pre-launch of the Festival is scheduled for October 9th 2015. The committee wishes to raise funds through strategic business partnerships, sponsorships and donations.

According to event committee, this festival aims to promote the City of Kisumu and The Lake Victoria Economic Bloc as a Local, Regional and International Christmas Holiday Destination to compete against the Coastal Kenya, Zanzibar, Seychelles and other Coastal holiday destinations in East Africa. The overall objective of the festival is
to make the City of Kisumu to be a better place to live, work and visit.

The event is organized such that the local business community will be the greatest beneficiaries in terms of providing traditional meals, accommodation, transport, gifts for sale, entertainment among others. Residents are set to benefit from home-stay Tourism. The event committee wishes to partner with the ten members of the Lake Victoria
Economic Bloc that includes Bungoma, Busia, Homa Bay, Kakamega, Kisii, Kisumu, Migori, Nyamira, Siaya and Vihiga Councties. The Bloc is home to 10 million people which constitute about 25 percent of the population in Kenya. Kisumu City being the focal point and command post is the best commercial hub in Western Kenya in the Lake Victoria Basin.

It promises to be an event worth taking part.