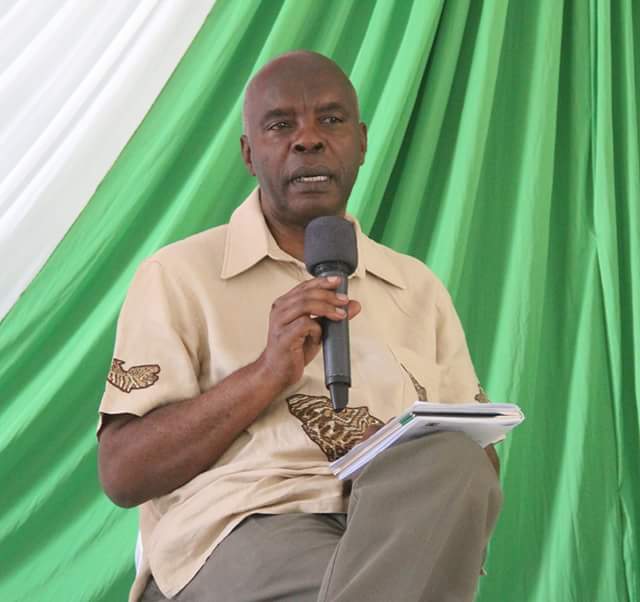 Makueni County Government is set to benefit from Sh50 million for climate change adaptation after the county government became the first local government in the Africa to pass the County Climate Change Fund Regulation (CCCF) 2015.

The CCCF which was passed by the County Assembly in September is the first of its kind in the entire continent and will provide a mechanism through which the county can access and use financial resources to build resilience to the changing climate.

The Sh50 million kitty is part of seed money provided by the Department for International Development (DFID)-UK through the Adaptation Consortium which consists of Christian Aid, Anglican Development Services (ADS-Eastern) a local organisation working in Kitui and Makueni counties and the National Drought Management Authority (NDMA) among other implementing partners and will be used to mitigate environmental degradation and desertification through rehabilitation of water catchment areas and forests.

Speaking in Wote during a climate change forum Nicholas Abuya from Christian Aid said the initiative is a pilot project and will be replicated in other four counties which include Isiolo, Garissa, Wajir and Kitui before it’s rolled out to the rest of the country.

“The program will also be implemented in these counties which are expected to put in place similar structures like Makueni which will enable them to access finances from diverse sources including their own budgets,” said Mr. Abuya.

He noted that Makueni just like other arid and semi arids regions in Kenya experience erratic rainfall leading to perennial food and water shortages hence the need to combat climate change for sustainable livelihoods.

“Food insecurity and acute water shortages are permanent features in Makueni and the current climate change has had adverse effects on the social economic status of the residents hence the need for building resilience,” said Mr.Abuya.

Governor Kivutha Kibwana speaking at the same forum welcomed the initiative saying that with the CCCF and the kitty the county can effectively address climate change and retaliated his government’s commitment to support such programs aimed at helping vulnerable communities.

“Rivers are drying up due to the uncontrolled activity while the sand harvesters exploit our youth who load the sand by paying them peanuts,” said the governor.

Water, Irrigation and Environment Executive Douglas Mbilo said the department has already established structures at the ward level to combat climate change and that the kitty will go a long way in reversing human activities that have impacted negatively on environment besides creating awareness on the need to conserve the environment.

Mbilo added that the department was also keen on partnering with other stakeholders and source for funds to combat climate change.

“We welcome the initiative and we shall support it for the benefit of the residents,” he said.

Mbilo’s Finance counterpart Mary Kimanzi assured that the fund will be well managed to secure sustainable livelihoods through environmental conservation.

‘We shall ensure prudent spending as well as  transparency,” she said.

Bishop Kanuku said the Anglican Church will lead the fight against climate church through supporting programs that will promote environmental conservation.

James Muema a resident from Kilingu lauded the initiative saying that the people of Makueni were more than willing to implement the project.

“In Kilungu rivers and water towers have dried due to climate change and quick interventions are required,” said Muema.

The passing of the regulation is a very significant move for Makueni County as it strategically places the county in a position where it can access and use climate finance including the Green Climate Fund (GCF) which is set to raise to $100 billion.