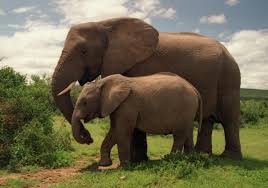 Members of the Makueni County Assembly (MCAs) have adopted a motion to train people on animal behavior in order to minimize human – wildlife conflicts across the county.

The motion tabled by the chairman Wildlife and Tourism Committee and MCA for Mbitini ward Dickson Mutaiti aims at creating a partnership between the County Government, County Wildlife Conservation and Compensation Committee and other relevant stakeholders to have people living in human-wildlife conflict prone areas trained on animal behavior in order to reduce human-wildlife conflicts.

While supporting the motion, Mtito Andei MCA Shadrack Mwau lauded the initiative and underscored the need to equip residents with the necessary skills and techniques on how to handle attacks by wildlife.

‘That the committee in charge of County Wildlife Conservation and Compensation has come up with survivor tactics to sensitize public on how to react when attacked by wildlife is commendable,” said Mwau.

Mutuku whose ward is prone to attacks from wildfire especially elephants and hippos due the region’s proximity to the Athi river said residents had suffered a great deal and nothing tangible had been done to curb the menace.

“Farmers in my area count losses almost every year due to the invasion of their farms by elephants and hippos,” he said.

His Kithungo-Kitundu counterpart Keli Musyoka said with the implementation of the motion, the rate of deaths and property destruction by wildlife will reduce drastically as well as promote a peaceful coexistence between the residents and wildlife.

Keli called for a speedy implementation of the motion.

Since late last year close to eight people including a 12- year- old lost their lives due to wildlife invasions especially from elephants that escape from the park in search of pasture and water.

The latest death related to animal wildlife conflict occurred mid this year after a Kenya Wildlife Service officer shot and killed a man while rescuing an elephant that had stuck in a well.

The elephant was part of a herd that had invaded farms and destroyed crops running into thousands of shillings.

Most of the residents do not know how to handle the wildlife invasions and in most cases anger the animals leading to further destruction and the training will go a long way in managing the conflicts.