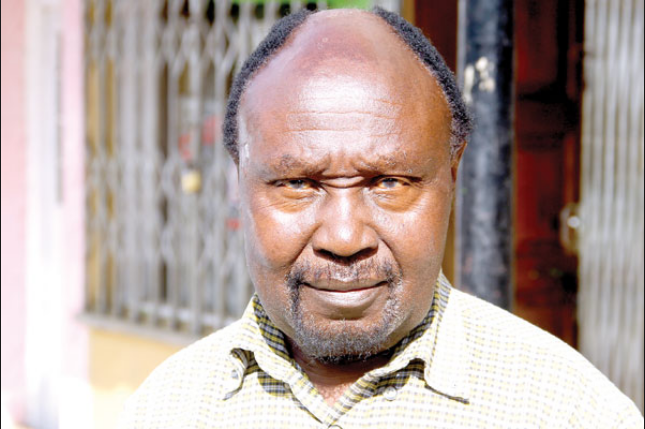 On the night that Nakuru veteran politician Mark Mwithaga breathed his last, no one may have taken notice of how significant that night was.

It’s not because his death was poised to be historic. No!  After all, the shine of the fierce politician he was known to be during his hey days had waned in his last earthly lap. He would be seen in the town, walking, albeit quietly, and with no close resemblance of the archive he was on matters of the Kenyan nation.

Somehow, he had become insignificant and were it not for journalists who looked for him (mostly on national holidays) for his comment on the making of post-colonial Kenya, or the few chances he was honored as a speaker on the same days during the county celebrations at Afraha stadium, he mostly remained unheard of.

It was this insignificance that perhaps surrounded him as death engulfed and took him to the land on the other side, that no one quickly established that, the night he died, was so connected to the very Kenyan history he had been recounting, now and again. That night is the night of August 1st, the night whose day had ushered Kenyans into a coup in 1982.

“He woke up in a jovial mood on Monday 1st August, and called two of his daughters,”

“The life and times of Hon. Mark Mwithaga HSC, OGW”

and which was released on Tuesday in a requiem mass at the St. Monica Catholic Church Section 58, partly reads.

“At about 5pm, he started feeling unwell (and was taken) to the Cardiac Clinic (in Nakuru),” the eulogy goes on, further stating that “he seemed to realize his time was up.” It was at the hospital that he was attended to by a priest who gave “him his last rites” before “he succumbed to a massive cardiac arrest.” That, the eulogy further reads is “exactly 30 years after his father’s death on August 1st 1986.”

But 1st August 1982 was a day of its own in the history of Kenya. It was a Sunday and the night preceding it (July 31st) there had been attempts to over throw the government of the then President Daniel Moi, out of discontent with his style of his leadership.

As Babafemi Badejo writes in Raila Odinga: An Enigma in Kenyan Politics, Hezekiah Ochuka, the man identified as the coup leader confessed that some of the reasons for the coup “included the lack of proper presidential elections in Kenya since independence” and the feeling that “parliamentarians were not allowed to air their views as detention hovered over their heads.” Ochuka, so states Badejo, also complained of assassinations aimed at people who were seen to oppose the President.

All these and many other issues that impacted negatively on ‘Wanjiku’ (even at the time) are issues that were seen to define Mwithaga’s life, the man who at the age of 23 was elected as the first KANU (Kenya Africa National Union) Nakuru District Chairman.

He later on became a Member of Parliament and when in 1975 Josiah Mwangi (JM) Kariuki died in what has always been seen as an assassination, he was appointed a member of the inquiry committee and served as the committee’s Vice Chairperson.

Those who know his earlier life say Mwithaga was too close to JM, and thus, it would seem obvious that he would be too committed in the search for his killers.

Koigi wa Wamwere, a former Subukia Member of Parliament and one of his close friends said during the requiem mass.

“He knows them because wherever he is now, he has already met JM and also met the killers,”

Koigi said while giving history of how Mwithaga and his team met Jomo Kenyatta (Kenya’s founding President and the President at the time) to present the JM report.

“Mwithaga told me that Kenyatta asked to have a photo with the committee, but he (Mwithaga) did not want to be in it,”

Koigi said as the photo was splashed on screens in the church. “He told me that he stepped aside. But Kenyatta called him into the photo and said “Mwithaga, come here, you know you are the mother of all this.”

“He was a legend, a hero and a prophet who was never recognized at his birthplace,”

Koigi went on stating that Mwithaga had mentored him into politics.

While speaking, one could read that Koigi was too close to Mwithaga. At one time he was so overcome with emotions, his eyes welled up, and his voice was choked.

“I am sorry,” he said after picking up. Later on he would say he still does not know how he almost crushed while giving the tribute.

“In my life I have been very close to three persons: JM Kariuki, Mirugi Kariuki and Mark Mwithaga,” all of whom are now deceased.

Mwithaga will be buried on Friday at the Nakuru North Cemetery. His eldest son Madaraka Mwithaga told mourners that is where he had chosen to be buried.

The burial will start with mass at the Christ the King Cathedral and is likely to be attended by hundreds of people. And apart from the political regime that may want to be identified with him, the church is expected to also claim a big share of him. He was a committed Catholic, so devoted that he not only appeared in most of the Church’s functions, he was a renown pianist.

“He has been a choir member for over 60 years. He is the only person around, who I know, with double skills of playing the piano while looking at the notes,”

Fr. Francis Mureithi a priest of the Catholic Diocese of Nakuru stated on Sunday.

A section of Nakuru North cemetery where Mark Mwithaga will be buried on Friday August 12. (Photo: www.the-star.co.ke).

“He was a Mary and a Martha,” another priest, Fr. Moses Muraya said of him on the same Sunday while describing his commitment to both the church and the community at large. Fr. Muraya was making reference to two biblical sisters who were once visited by Jesus at the their home and while one was busy serving Jesus the other was busy listening to his good news. According to Fr. Muraya, Christians ought to combine both the features of the two sisters to make it in the world, “like Mark Mwithaga.”

Mwithaga was the last surviving member of his family. He had buried his only surviving brother, Joseph Kaara, on 26th July this year. His eulogy traces his health complications to two days after the said burial.