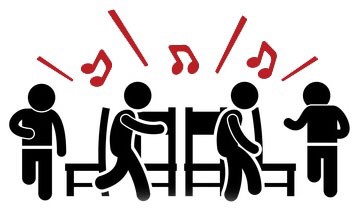 The Senate of Kenya witnessed “Game of Thrones– borrowed from the famous Movie series in Hollywood. The drama on revenue allocation has been accompanied by praise and ululations, shouting matches and arrest on senators perceived to opposing the recommended formula over 316.5 billion, which is about 15% of the National Budget. At the fulcrum, the public opines that leadership of the speaker has been captured by the powerful government forces; the majority whip that has grown into voice leading “One Shilling One Person” that quivered the Politics of Handshake and the Building Bridges Initiative (BBI).

Citizens witnessed clear attempts to decry gains through Constitution 2010 founded on democratic checks and balances. The Presidency has now limited powers over the legislative assembly despite strong political influences. The 1969 Constitution centralized power appointing ministers and restraining the parliament to influence national agenda. Even an NGO last week, blamed the presidency for systematically killing devolution hoping confidently that Kenyans will reject such a scheme.

Kenyans stand for a constitutionally sanctioned equal society and public expenditure that guarantees equitable development across the country. This comes as the county assembly legislators in Nairobi believe that it should not lose its resources due to the highest poverty index. The formula has to benefit more people in the capital.

The stalemate has endured without workable formula among the senators. A lot of questions have emerged on the way the Senate conducted its audit queries with governors who come before it. Their continued failure to find closure on the county governance matters raised during probes has become complicated. The ongoing controversy that has resulted in a financial crisis for counties is another mark of failure by the Senate. There was a proposal to continue with the second-generation formula until the national government can give additional funds which add up to 35 per cent. Some quarters feel that little resources allocated to the counties have caused a crisis in terms of inefficient delivery of devolved services.

Ravaged by the impact of COVID19, Kenyans lost their livelihood, stalled education for children and imminent deaths. The health services depleted their services, with a lack of Personal Preventive Equipment (PPE) and county government operations. The threshold decided by the commission of revenue formula is always anchored on the last audited accounts. Counties in marginalized regions are under threat due to fragile infrastructure and inefficient supply of basic needs. The governors seek the dissolution of the Senate to enhance county operations.

The intricacies and complexities in the senate are the yardsticks for the 2022 politics. This Game of Thrones broadcasted the Senate Committee failure to reach no consensus and consolidated unified position using taxpayers’ funds for allowances. After nine Sittings, the Senate proceedings were briefly disrupted in the tenth sitting with a section of members led by Elgeyo-Marakwet Senator walked into the house wearing green caps and a fist. Even a senator referred their actions similar to those on Kenyatta Avenue known as “Haki Zetu Street”. This is a test on citizens who worked harder to achieve democracy and participatory governance in Kenya.