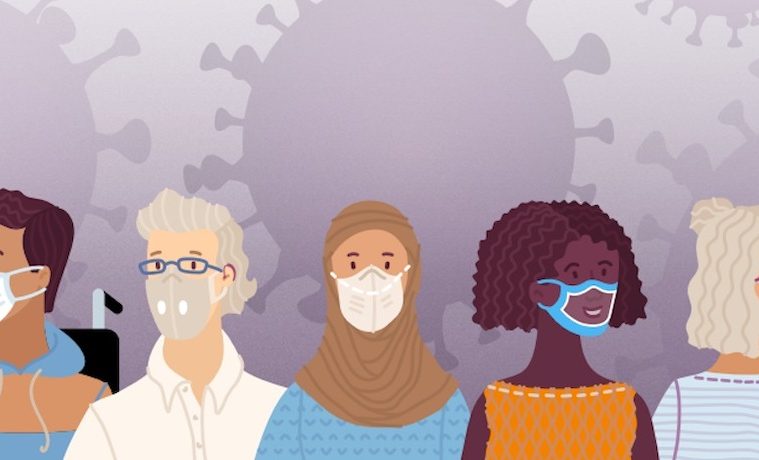 How informal sector workers were unmasked during the pandemic

The informal sector was not spared during the Covid-19 pandemic. A pandemic is normally known to cause disruptions in our society thus the COVID-19 was not exemptional as it caused challenges to both the public health system and local economies. Due to the need to save lives, various countries announced partial or total lockdown. The result was unexpected social and economic disorder in the world population. Those working in the informal sector were affected.

Due to the pandemic, the government was ordered the closure of the country’s boundary.  Neighboring countries closed their boundaries too hence restricting the movement of goods and services. The government announced economic and social insurance policies to reduce the social and economic impacts of COVID-19. Unfortunately, the policies did not favor the informal sector.  The pandemic has made the situation worse. The article, therefore, outlines the affected groups in the informal sector.

Women in the informal sector were  affected

Remember, as they lost their jobs in the informal sector, they had to take care of many children whose schools and childcare centers were closed. Just imagine, suppose you put yourself in their shoe, what a burden? If you were keen, you will have noted how the increased burden of providing meals for the children. They also had to do extra purchasing and cooking.

Lesbian, Gay, Bisexual, Trans, and Intersex[LGBTI] people were also not spared by the diverse effect of the Covid-19 pandemic. Most of them are more likely to be unemployed than the rest of the population. Majority of those LGBTI work in the informal sector. As a result, you may note that they hardly get sick leave payment, unemployment compensation, and coverage. Furthermore, discriminatory paid leave policies do not cover all gender equality. The LGBTI people may not have been able to find time to take care of their families.

Human rights activists and experts on gender identity released a statement noting the way the transgender population was highly dependent on informal work due to the challenges they face. The challenges include discrimination and education. Some of their names are not visible in national registries as some experience regular denial of access to health services.

The elderly were severely affected by the pandemic. Due to their old age, they are supposed to be accorded protection and care. Elderly informal workers needed additional protection to ensure that they have enough monetary support. They were also to be guaranteed care and support that meets the health protocols related to the COVID-19.

It can be difficult for elderly people to recover from the lost assets. The international response was slow and inadequate in recognizing the special vulnerability of older people. Thanks to various governments including the Kenyan government that later on, supported the elderly financially as a result of the pandemic

The illiterate informal workers must have suffered due to limited interactions. The limited interactions caused people to rely on social -media platforms and media for information. For instance, the illiterate may not have easy access to information on government and relief programs. You know such people in your rural villages some who cannot even fill the applications.

The language barrier problem disadvantaged the illiterate people in rural homes. Most of them could not read the newspapers and social media. As a consequence, they kept on missing important updates from the government.

The lives of the young people were disrupted.

The young people were affected the pandemic began. There was a disruption in learning and training. Unemployment effects due to the closure of public and private sectors lead to income loss. There was also much difficulty to find another job. In fact, the majority of the young workers stopped working since the pandemic began. Also, most of the young people are artists and comedians who were not left behind by COVID-19 effects.

For sure the COVID-19 pandemic unmasked the vulnerability of the informal sector workers. They are neither visible in social protection programs nor protected by formal sector employment despite being the majority in the economy. It has revealed the significant gap in the social protection system, and it cannot be predicted when situations and circumstances will bounce back to normalcy.

Hey there! That’s how the pandemic has affected most of us. Share and help spread the message