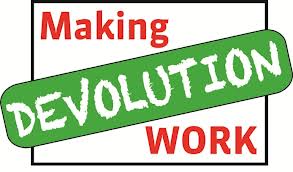 Devolution is the Answer To Marginalisation

Speaking after the passing of the new constitution in 2010, then president Mwai Kibaki said the new constitution would be Kenya’s shield and defender in the strive to conquer poverty, disease and ignorance.
The three had been declared as the greatest enemies of the new nation soon after independence by founding father Jomo Kenyatta and it became the responsibility of the government and the citizenry to conquer them but half a century later the battle had not been won.
The new constitution established devolution where the old constitution had been silent on the answers to ignorance, poverty and disease in far outposts from the heart of government and enshrined the rights of the marginalised. It marked a new dawn for the marginalised to enjoy their rights as Kenyans.
In the epoch before its promulgation, development and delivery of government services in the marginalised areas and among marginalised communities was considered a political favour and a political cow that gave high yields whenever elections were called.
Marginalisation was a by-product of a repressive colonial system that was inherited by the independent government in 1963. The District Ordinance Act of 1926 was the first major decree of the colonial government that paved the way to decades of marginalisation.
Devolution is founded on the idea that local knowledge must be made part of the planning process of development programmes and allows for the inclusivity of the beneficiaries, provide different options to development needs and adopt dialogue in implementing development.
It recognised all citizens as being equal before the law and as one of the objects of devolution under article 174 accepted the rights of communities to manage their own affairs and to further their development. Through devolution, the marginalised would now take charge of their own economic destiny.
Where access to resources had been a political favour by those in authority, where the marginalised would look up to the state for hand-outs in much the same way that the descendants of Abraham would wait on a deity for manna, it became their right.
Devolution is meant to ensure the equitable sharing of the national and local resources throughout Kenya. This means that with the implementation of article 174(g), Kenya’s national resources would be shared equitably among the administrative regions called counties established under article 6, equity recognized as one of the national values and principles of governance.
In a centralized system, State organs, their functions and services were centered in the capital. This meant that citizens in the periphery could not get access to government services and for them government was more of a mythical institution to be found in skyscrapers in Nairobi.
The fourth schedule of the new constitution provided the answers to these problem of marginalization from government services. Functions such as agriculture, county health services, cultural activities, county transport and county planning and development would now be carried out by a county government.
At the heart of the delivery of these services is a county government composed of an executive and a county assembly that would now take the place of national assembly and an executive arm of the government in Nairobi. The governor as the head of the county executive committee would now exercise executive power at the grassroots.
Where all powers to formulate laws that concern the marginalized had previously been vested in a government in Nairobi, the new constitution established county assemblies. The constitution gives powers to the assemblies to make any laws that are necessary for effective performance of the functions of county government.
Devolution can play major roles in establishing the development priorities of the marginalised, enhance their participation and enhance the sustainability of development programs.