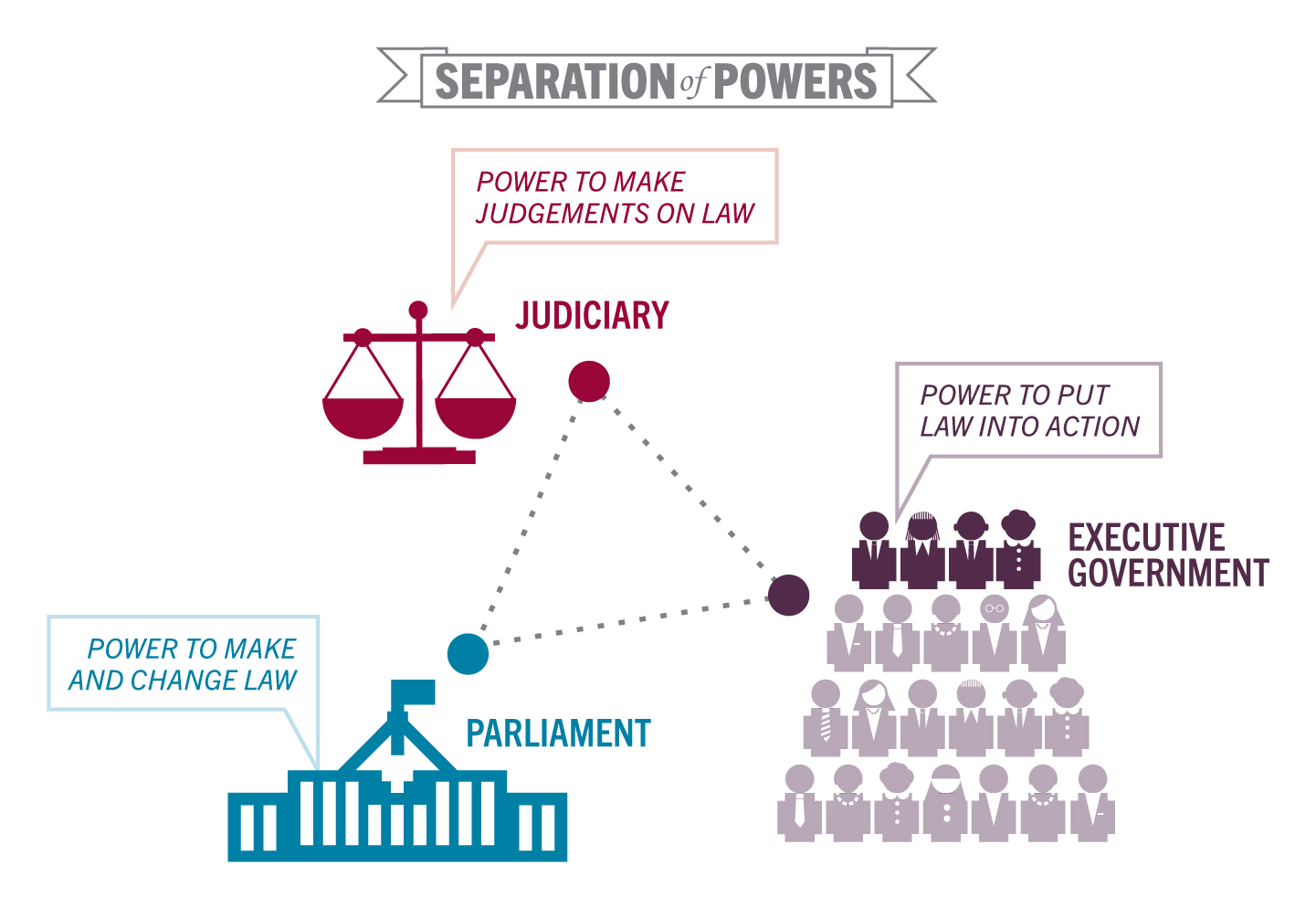 Separation of Powers Principle needs to be cultured James Madison on the need for the “separation of powers” because “men are not angels,” profoundly stated

“But the great security against a gradual concentration of the several powers in the same department, consists in giving to those who administer each department, the necessary constitutional means, and personal motives, to resist encroachments of the others… Ambition must be made to counteract ambition. The interest of the man, must be connected with the constitutional rights of the place. It may be a reflection on human nature, that such devices should be necessary to control the abuses of government.”

These are very noble words which aptly capture the ideals of the separation of Powers principle in public affairs. The Kenya Constitution breathes life to this practice and principle for the first time in our 52 years of independence. As such, the lack of a culture and people who believe in it has been gravely lacking albeit recognizing that it is a process.

National Cohesion and Integration Commission (NCIC)  in their recent report on cohesion in the country alluded to the supremacy wars between the Senate and the National Assembly as ‘breeding’ the lack of cohesion in the country. The reasoning could be that the electorate looks at these political leaders and expect to be guided through actions and when they publicly bicker, it sends the wrong signals.
Parliament; Senate and National Assembly, have been aggrieved by how the Judiciary has stepped up and rules them out of order when they fail to follow the law. They have threatened to take unspecified actions against the Judiciary, something that should not be thought of. Their best bet is however through the budget.

Parliament, as it considers and approves the budget can grossly reduce the allocation required by the Judiciary for its various functions. This carrot would be meant to invite them to go easy on them, especially as a House, not individuals. It is the only way they can exercise some control, unless they change some laws, say on who appoints Judges, which will largely mean an amendment to the Constitution.

A few weeks ago, Senate and the Judiciary had a meeting. It was meant to provide grounds for a good working relationship. On numerous occasions, CJ Willy Mutunga has stood firm that they will not be intimidated, something the meeting should have insisted on. This meeting, irked MPs who felt they ought to have been included. Does chicken need a duck to eat corn?

The Executive has also been unhappy with the way the Judiciary has been vocal. This Jubilee government has not been affected much but the famous case in when the courts quashed the appointments of Constitutional office holders; Director of Public Prosecutions (DPP), Chief Justice (CJ) and Attorney General (AG) without following procedure.

MPs have also proposed an amendment to the Constitution to allow the President to pick Cabinet Secretaries from Parliament. This was the practice in the previous Constitution and they seem to want it citing lack of ability to exercise adequate oversight. So far, the MPs managed to amend standing orders to allow the Secretaries to appear before them, a move that was later halted after a meeting between Speaker Muturi and the President.

This move was not only unwise but unfortunate. The elected leaders want to control everything. They can ably do their oversight role as is tradition of having them go before committees and even allow any other member who has a question to attend a committee meeting and seek answers. It was a classic example of the Assembly becoming bullish and wanting to bulldoze everyone.

It is not all gloom. Kenyans need to appreciate that over 48 years under the system will take more time, not just four, to change the ways of thinking and practice. Leaders will over time recognize the distinct roles of each government organ and accord it respect and space. Separation of Powers is core in instilling checks and balances in government.

The main concern however is the tyranny of numbers in Parliament. It is good that the Executive has an easy way in passing decisions as they are from the same coalition. It however blurs prudent and accurate oversight from the legislators since the executive can easily arm-twist them through political parties. Politicians owe their offices to party leaders whom some consider demi-gods.

In developed democracies, the fact that the President and a certain MP or the majority come from the same party or coalition is no panacea to lack of checks and accountability from both parties. This should be the ultimate goal and ambition as Kenya’s democracy matures. This will take men and women and good standing and character to occupy these offices and ‘cleanse’ them of pedestrian beliefs of supremacy. Supremacy is the Constitution and the People.