Two Makueni MPs say no to dissolution of County Late last year more than 50,000 residents from Makueni County presented a petition to President Uhuru Kenyatta to dissolve the county due to the persistent wrangling between Governor Professor Kivutha Kibwana and the Members of the County Assembly (MCAs).

The residents in their petition had argued that the infighting among the county leaders had adversely affected service delivery and believed dissolution was the only way to end the leadership stalemate. The two arms of government had been embroiled in a budget stalemate for two years in a row after the governor declined to approve the budget citing unrealistic budgetary demands from the MCAs.

The climax of the infighting was a shoot-out at the county assembly chambers in which six people were left nursing gunshot wounds after the governor stormed a leaders’ meeting allegedly convened to discuss a looming leadership crisis in the county. The shoot-out prompted the Governor to call for the dissolution of the county citing irreconcilable differences between him and the MCAs after which the residents filed a petition to dissolve the county. 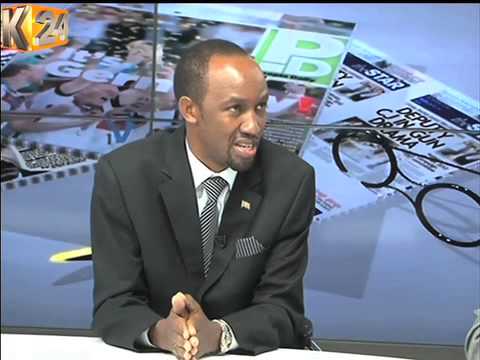 A six-member committee appointed by the president to probe in to the petition is expected to start its work soon after the senate approved its membership.

But even before the commission could embark on its task, opposition is imminent from some Members of Parliament from the county.

Mbooni MP Michael Kisoi has termed the move as unfortunate and a real setback to devolution. The youthful MP urged the Governor and the MCAs to find a lasting solution to their political differences instead of holding a snap election.

Kisoi while speaking at a burial in his constituency on Saturday said dissolution of the county would not only affect development but also set a bad precedent for other counties.

“Let the Governor and the MCAs sit down and amicably resolve their differences,” he said.

His sentiments, were echoed by Kibwezi west MP Dr. Patrick Musimba who claimed that those pushing for the dissolution were only interested in serving selfish interests. 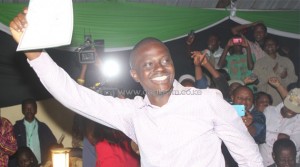 Musimba said devolution was the best solution to the problems facing Makueni and retaliated that the county will not be dissolved.

The Kibwezi MP who recently came to the limelight after he tabled a censure motion to discuss National Assembly Speaker Justin Muturi’s conduct said Kenyans had struggled for the devolved system of governance and told off those clamoring for the dissolution.

“The county will not be dissolved,” he said at the Makindu grounds on Friday last week.

The commission of inquiry has six months to look into the wrangles between the county assembly and county executive and present the report to the Senate for approval or rejection. From these two leaders’ sentiments, Makueni residents will need to ensure they present their views to the Nyaoga led Commission in order to have their say heard and the commission to reach an amicable decision, which would hopefully be the best decision for the County.