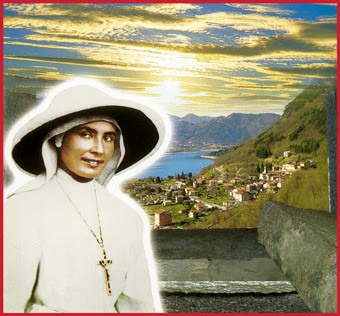 Last Saturday, President Uhuru Kenyatta led thousands of Catholics at Nyeri town for the beatification of Sister Irene Stefani. Sister Stefani an Italian nun born in 1891 came to Kenya in 1915 and later settled near Nyeri where she was christened “Nyaatha”, meaning “Mother of Mercy” in Kikuyu for her compassionate deeds.

While the momentous event has elicited excitement especially among the catholic faithfuls, a cross section of Kenyans have continued to question its biblical foundation stirring multiple conversations on social media.

Makueni residents have taken to Facebook to express their views with a majority delving into the scriptures to support their arguments. Those who supported the process said beatification was justified and based on biblical teachings.

Those who are not Catholics were advised to keep off the debate and the Catholicism.

While those who opposed it did not mince their words and they also backed their opposition with scriptures.

However, others struck a conciliatory note, saying that denomination will take people nowhere

According to Wikipedia Beatification is derived from two Latin words beatus which means , “blessed” and facere, meaning “to make”). It is a recognition accorded by the Catholic church of a dead person’s entrance into heaven and capacity to intercede on behalf of individuals who pray in his or her name.

Stefani was cleared for beatification in 2014 after a miracle found to have been attributed to her intercession was ratified, and she was beatified on 23, May 2015 in Nyeri, by Cardinal Polycarp Pengo on behalf of Pope Francis.

The process has continued to elicit mixed reactions from Kenyans and judging from the above comments, the debate on whether beatification is biblical or not is certainly far from over. According to Makueni Parish Father –in- Charge Fr. Paul Munguti those who do not subscribe to the Catholic denomination cannot fully understand the process.