The gap in MDGs that SDGs will fill 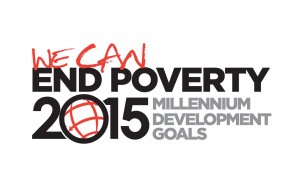 It is only a few months to the deadline of the attainment of the Millenium Development Goals (MDGs). MDGs were an 8-pointer development framework that was launched in 2000.

As the countdown begins some people have questioned the structure of the MDGs and highlighted a few loopholes that could have led to the challenges that faced their implementation. The MDGs after 2015: Some reflections on the possibilities, a document published in 2012 by Deepak Nayyar, states that the MDGs failed in that they did not address the processes and means of attaining the goals but rather concentrated on the end goals themselves.

Mwangi Waituru, the Post 2015 policy and advocacy adviser for Africa and also the Beyond 2015 Kenya National coordinator says that the greatest weakness of the MDGs was that the rich countries set the goals which they expected poor countries to plan within, a condition that would grant the poor nations aid from them.

The MDGs have also been faulted as not being holistic as they never addressed poverty fully. Even though poverty was a key pillar in the MDGs, it was like sustaining poor countries but not really delivering them from poverty. Last month, the World Bank Group President Jim Yong Kim revealed that there are still about 1 billion people living on less than $1.25 (Sh116.7) a day.

“Poverty is 2.5 billion people not having access to financial services like bank accounts. Poverty is 1.4 billion people without access to electricity. Poverty is having to put your children to bed without food. And poverty is not going to school because, in order to survive, everyone in the family needs to earn a few cents each day.”

Currently governments are being engaged to give their opinion on what they are comfortable with in each agenda in the Sustainable Development Goals (SDGs).

To discuss how the financing of the SDGs will be financed, the third International Conference on Financing for Development will be held in Addis Ababa, Ethiopia in July this year.

The meeting will address, among other things, how the Sustainable Development Goals are going to be financed and implemented. In the conference, countries will be represented by ministers of Finance, World Bank and the International Monetary Fund and all those who control the resources.

According to the United Nation’s Department for Economic and Social Affairs, the conference that will take place between 13th and 16th July will bring together gather high-level political representatives, including Heads of State and Government, ministers of Finance, Foreign Affairs and Development Cooperations, Non-governmental organizations and business sector entities.

Although they are yet to be officially launched, the SDGs, unlike the MDGs, are designed in a way that they are participatory and they address what matters most.

In the SDGs, the member states are represented in the formulation of the goals. For instance, Kenya and Hungary were co-sharing the process that listed the 17 proposed SDGs. Now, Kenya and Ireland are co-facilitating the same.