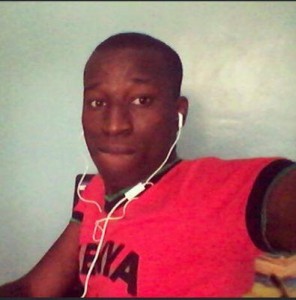 Safaricom has sued blogger Cyprian Nyakundi for defamation. In a paid advertisement in the Nation, dated 24th June 2015 on page 51, Honorable Justice Mabeya has ordered Nyakundi to do among others;

1. Pull down all posts in his blog that are defamatory to Safaricom.

2. A permanent injunction has been issued against him, his blog, agents or any other blog, publish any posts on his blog on Safaricom that border on the litigation matters. This injunction also applies to future publications on his blog that would be deemed defamatory to Safaricom.

According to the advert/summon to appear, Nyakundi has failed to apologize and withdraw the statements in the blog posts. The result of this is that Safaricom suffers and continues to suffer substantial damage to its reputation. It further states that the result of this is that he can continue to do it in future which will negatively impact Safaricom’s popularity and customer base. (Download a PDF of the full court summons HERE)

Safaricom argues that the allegations are unsubstantiated and baseless. It further states that it does not know the whereabouts of Nyakundi as his last known address was Meru University, where he no longer studies. It is this lack of location and address that the judge allowed them to issue the summon to appear through the newspapers.

Nyakundi says he only saw the orders in the newspapers and no communication had been made earlier.

Section 16A of the defamation Act says

The above means that the court will have its liberty to decide how the such damages, if any, would be adduced. Perhaps what the Judge could consider, if and when it comes to that, is precedence. There have been have defamation cases against some media personalities or publications, most popularly the case involving veteran politician Nicholas Biwott.

Arguing on damages is considered based on issues like distribution reach and popularity of the medium used. In this case, online distribution is worldwide and Nyakundi’s blog is quite popular. It is possible for Safaricom to use Alexa or Google ranking to know or tell how popular the blog is globally and in Kenya and use that to argue for higher damages in addition to other punitive measures like permanent injunction against defamatory posts about Safaricom.

In the Nicholas Biwott vs Kalamka Ltd, the publisher of “The People Daily” in 2002, the court awarded Biwott sh20M. Justice Joyce Aluoch stated that the publication on Biwott was tantamount to

In the Christopher Obure vs Tom Oscar Alwao and others sh15M were awarded.

In the Johnson Gicheru va Andrew Morton and another case, it was first set at sh2.5M where upon on appeal, increased to sh6M.

In the Richard Otieno Kwach vs The Standard Limited and others sh5.5M were awarded.

A more recent ruling is that of Francis Ole Kaparo vs Standard Media group and others in which Justice D. A. Onyancha ruling on 1st February 2010, awarded Kaparo sh7M. In his ruling the learned Judge said the damages are

…not meant to enrich the plaintiff hence the idea is not to make them excessive… I am aware however that the court is not prevented from making a reasonably high award in a proper case.

2. It will define how Kenyans interact with issues, people and institutions when allegations come up. Some kind of ethical blogging will need to be a new trade.

“Part 1 of 15: How Safaricom steals from Kenyans with third parties” here

“Part 2 of 15: Your privacy and Safaricom are two different worlds” here

“Part 3 of 15: Time to put Safaricom back in its box before it seriously hurts Kenyans.” here

“Are Safaricom lone wolves preying on our security? What they don’t want you to know (Part 4 of 15)” here

Nyakundi has published over 10 blog posts on Safaricom some on its former staff and how the company dealt with them, for instance sacking them. You can find nine of them, including the four above, which we took screen shots and saved on this platform for future reference.

The Bloggers Association of Kenya (BAKE) recently published a report on blogging and social media in Kenya. One of the things the report records are the court cases against bloggers. This case will therefore have meaning and implication on future and conduct of bloggers and social media users in Kenya.