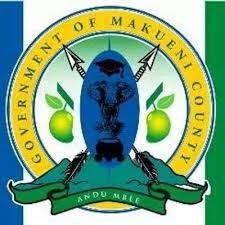 The Auditor General has ordered the Makueni County Executive to recover Sh7m paid for the installation of Wi-Fi connectivity at the county headquarters offices located at Wote town.

Auditor General Edward Ouko in the 2013/2014 report on the finance operations of the County Executive said the money paid to M/s Open IT Limited company was a total waste of public funds as the work done on the project was shoddy.

The report stated that Wi-Fi distribution switches on some floors in the five- storey building could not be traced while others were not working.

The report also noted that the voice cabling was poorly done with over 70 percent of the lines inactive. Overall, the report says the signal for the Wi-Fi network was very weak and recommended for the county executive to recover all the amounts paid.

The auditor also wants the company blacklisted from conducting any business with the county executive for the shoddy work.

Besides the auditor general recommended administrative action to be taken against the officers responsible for awarding the contract to the company nine days before the tender bids for the project were invited.

“The responsible officers in the irregular procurement should be dealt with administratively,” stated the report.

For the Makueni County Assembly, the auditor among other recommendations wants double allowances paid to 10 Members of the County Assembly (MCAs) recovered from their salaries.

Ouko has also directed that Sh176,120 paid to a senior procurement officer at the County Assembly as subsistence and traveling allowances apparently for meetings held in Mombasa and Kilifi that he never attended recovered and disciplinary action taken against the accounting officer who authorized the payments.

The report that has already been table before the Public Accounts Committee has generated a lot of heat in the political circles across the county.

Already Governor Kivutha Kibwana and Mbooni MP have been embroiled in a protracted war of words since the audit report was released. The MP wants the Governor to take responsibility of the possible pilfering from the public coffers.

However, the governor has denied any misuse of public funds and now accuses the MP and other Wiper legislators of witch-hunt.

Senator Mutula Kilonzo Jnr, on his part has called for the prosecution of those involved in the misuse of public funds to serve a lesson to others who might harbor such tendencies.

The audit report has been released with a raft of recommendation to stop the pilferage and it would be interesting to see whether the county government will implement them.