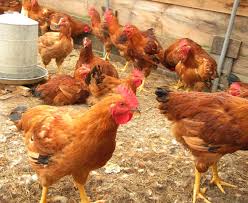 The equipment included six incubators for each sub county, six power generators, one food mixer, one posho mill, 172 veterinary kits, 135 feeders, 78 brooders, 72 weighing scales and 172 pieces of protective clothes were handed over to the beneficiaries during a colorful ceremony held in Wote attended by poultry farmers across the county and senior County Government officials among other partners.

Speaking during the commissioning of the equipment, Chief Officer Department of Agriculture Jane Nzesya said poultry was not only a key source of meat but also a farming enterprise that has helped enhance food security in the county.

Nzesya said the County Government will work together with poultry farmers to formulate policies that will improve poultry farming and solve some of the challenges like as diseases and lack of feeds.

The Chief Officer urged farmers to embrace indigenous poultry due to their resistant to diseases and high market demand.

“ Nowadays people are going back to traditional foods including indigenous chicken and farmers should exploit the opportunity,” she said.

She called on other NGOs to emulate KAPAP and equip farmers with necessary farm tools and equipment instead of capacity building which she said can be done by the county government extension officers.

Speaking at the same event, KAPAP Coordinator Esther Wambua urged the beneficiaries to use the equipment to boost production.

She urged other farmers who have not joined the cooperative to register as members so to benefit with equipment and skills for enhanced poultry production.

Belice Kimanthi one the beneficiaries from Kee Division extolled the initiative by KAPAP saying that the equipment will help in addressing some of challenges facing poultry farming especially feeding and incubation.

“We have been facing a major problem of feeds but now with the food mixer we will be able to make our own feeds,” she said.

Poultry farming has in the recent past become a lucrative business in the country owing to the increasing demand of meat and eggs especially from indigenous chicken in both rural and urban settings. Due to its profitable nature, most farmers have now ventured into the business to reap the benefits associated with the enterprise and these equipment will help the beneficiaries transform the enterprise from subsistence to commercial farming.