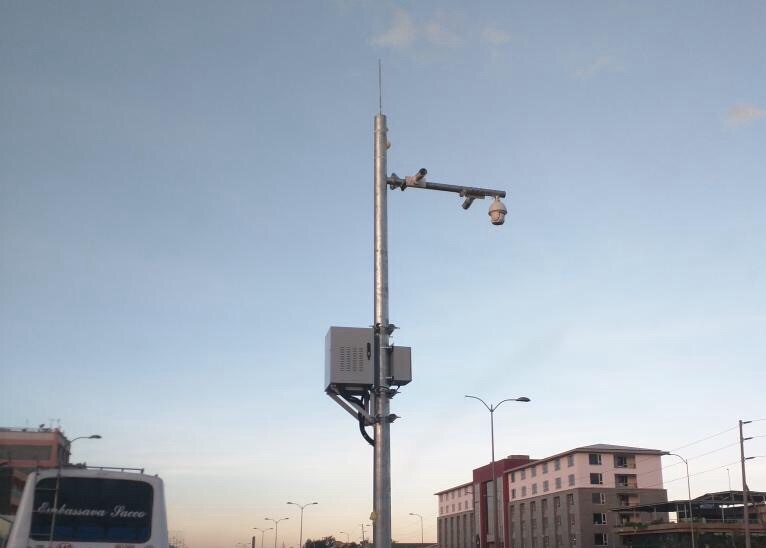 When the government partnered with Safaricom to implement Project Mwewe, details were still sketchy on how the pilot, encompassing Nairobi and Mombasa would be done. The project came to the limelight when it was debated in the National Assembly with some members expressing unease at the single sourcing process that awarded the project to Safaricom.

Project Mwewe’s installation is currently ongoing and some Mombasa residents have been curious about the steel towers with cameras that are appearing along the main highways and in residential areas.

Project Mwewe is a security project worth sh14.9 billion shillings that is being piloted in Nairobi and Mombasa. When the Mombasa installation is complete, there will be 300 high definition cameras that will be relaying images to a command center located in Mombasa. In addition, the police will also be equipped with handheld devices and vehicle mounted systems to further enhance surveillance and law enforcement.

Once complete, the police in Mombasa will be able track down criminals, stolen cars and movements from the command center. Mwewe is key to Jubilee government efforts to tackle insecurity, crime and terrorism. Mombasa, previously a peaceful haven is battling insurgent crime with drug dealers, gangs, radicalisation keeping law enforcement agencies busy. In Kisauni and Old Town, gangs of possibly radicalized young men have been killing and maiming residents with abandon.

A village elder, a senior police officer and an intelligence officers have been killed in Mombasa Island by gunmen who have are getting braver by the day.

Maggie, a Bamburi resident is pleased that the tower is near her house, she doesn’t mind the surveillance and feels it will detract criminals especially the young men from the Wakali Wao gang whose notoriety saw them featured in an NTV expose.

At Majaoni, a local boda boda operator was not sure whether he should celebrate the cameras fearing that the government will “see everything” including minor misdemeanors on the roads.

One of the most conspicuous installation is outside Pirates Beach, an important recreation spot for thousands of Mombasa residents that visit over the weekends. In recent months, crime around Pirates Beach has escalated with incidences of young men that snatch and mug people on the increase especially after nightfall.

Shadi, who sells water at Pirates is hopeful that improved security from the surveillance will deter criminals from the beach and give his business a boost.