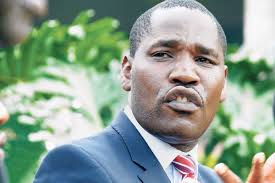 Internal security should be devolved to counties

Looking at the provisions of Article 187, it would be prudent to maintain that internal security is a function more likely to be performed or exercised effectively by the county governments rather than the national government. Fortunately, there is no legislation that prohibits the transfer of security to the devolved units. County governments understand the needs of the local people better and can draft or establish sound, effective, comprehensive and prudent policy mechanisms to handle the issues of insecurity and crime within their jurisdictions.

However, this is only possible if the national government establishes sustainability mechanisms to ensure the capacity and effort of the counties to perform the security function. This primarily includes providing resources to the county governments to enable them to perform the security function. These resources include financial and human resource, alongside intensive and extensive training. Inclusion in the spirit of mutual consultation and cooperation between both levels of government in accordance with Article 6 is also paramount.

When devolving internal security to the counties, only the policy making and coordination operations can be devolved. This is because the current Constitutional mechanism provides for the independence of the national security organs, meaning that the Executive has no direct control over the conduct or the organization of these organs. Only the Inspector General of Police and the National Police Service Commission have the sole but distinct administrative control mandates over the National Police Service.

The national government through facilitation and genuine capacity building would provide a platform and an impetus for the county governments to take over the devolved security function and streamline it with the needs of the counties. The governors would be rendered answerable and take charge of any issues of within their jurisdictions, thus shifting the partial burden of providing internal security from the national to the county governments.

The national intelligence services should also be devolved, but the national defiance and its policies are left exclusively at the hands of the national government, since the latter deals with exclusively protecting and safeguarding our sovereignty and state borders from any external aggression.

Devolving internal security mechanisms partially or fully to the counties would also involve devolving the Directorate of Criminal Investigations (DCI), which is an organ within the National Police Service. This would ensure more effective and up-to-date crime and evidence investigation by the DCI, but focus should be put more on their training and capacity, including forensic training to boost their effort.

Lastly, the matter of whether to devolve security to the counties or not is not rather a matter of choice, but is a matter of need and necessity. It is time the national government opts to take the initiative, put away its ego, and effectively involve the counties in tackling insecurity in the country, to create a safe and stable environment for growth and development.