In the past week, there’s been growing concerns about the new Covid-19 variant dubbed the “Omicron variant” that has originated from South Africa although other reports say it could have been in existence much earlier than it was detected.

The new Omicron variant Christened B.1.1.529  has 32 mutations that make it more transmittable and capable of evading vaccines than the previous variants meaning that it could hamper the body’s immune response and spread more easily. The variant basically has 50 mutations overall and 32 in the spike protein structure that makes it more powerful.

Prof Tulio de Oliveira, the director of the Centre for Epidemic Response and Innovation in South Africa, said there was an “unusual constellation of mutations” and that it was “very different” to other variants that have circulated.

Owing to the fact that the variant is highly infectious and has the ability to bypass vaccines, should we be worried?

Whilst the cases have been reported in the southern African countries, some countries like the UK have already taken a step to ban all the flights from South Africa, Botswana and Hong kong where the cases were first reported.

What steps are our governments doing and what do we need to do to be a step ahead of the strain?

Read on for more.

What to note about the new covid-19 strain 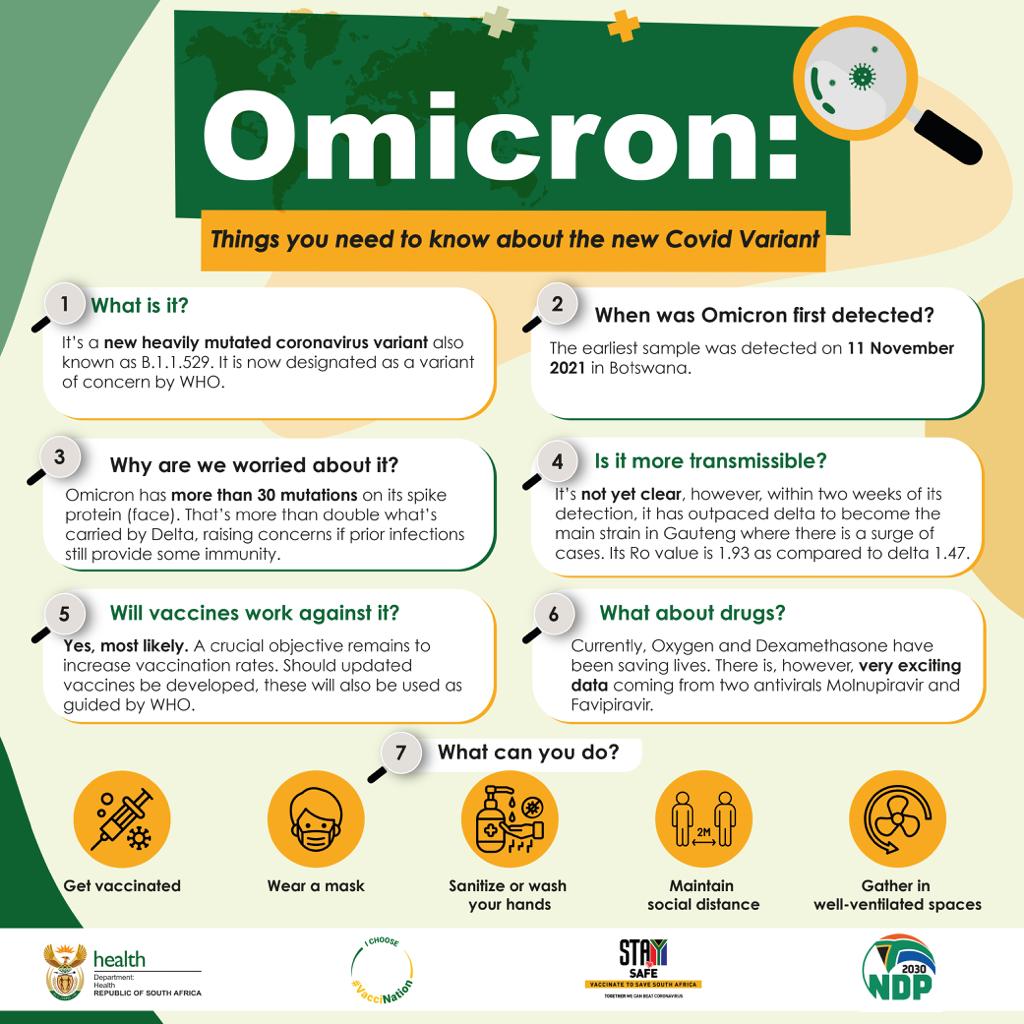 The strain is affecting the youth more compared to the precedent strains.

The UK for instance has already identified 22 persons with the new strain which most are youths, similar to South Africa.

Noting from the delta virus that had around 10 mutations and has swept the world foot flat, we should be more vigilant. The new variant is very different from the initial covid which the current vaccines are designed to fight against.

The Delta variant which has much lower mutations is responsible for over 40,000 new cases in the UK every day which means if we don’t take many precautions to this, the situation will worsen.

Commenting on the  new strain, WHO says,  “Preliminary evidence suggests there may be an increased risk of reinfection with Omicron (ie, people who have previously had COVID-19 could become reinfected more easily with Omicron), as compared to other variants of concern, but the information is limited.”

What steps should we take next?

News sources reporting on the new strain have confirmed that people admitted with serious symptoms are either unvaccinated or have taken a single dose. This means pushing for vaccination will be part of the solution to minimize the effects of the virus on our bodies.

Our governments need to introduce stern measures that will curb the spread of the virus. The Ministry of Health in Kenya recently introduced travelling directives for travellers from the new variant prone countries.

While the country has no immediate plans to ban direct flights from the affected countries. There’s been a step in surveillance among other efforts to mitigate the new strain.

the acting Director-General for Health, Patrick Amoth during the briefing said, ” travellers travelling to Kenya from South Africa, Hong Kong and Botswana shall undergo repeated testing on entry following the emergence of a new Covid-19 variant in the three countries.”

“From now, All travellers coming into Kenya will be required to be in possession of a negative COVID-19 negative certificate taken at least 96 hours before arrival into the country,” he added.

Although there’s still a need for more strong measures, this is the first step towards limiting infections in the country.

The government has further urged Kenyans whether vaccinated or not to continue adhering to the public health social measures and take vaccinations.