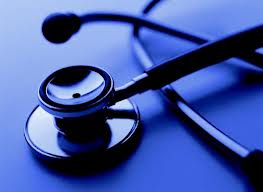 County hospitals to get modern equipment in 2015/2016 financial year Every county in Kenya is expected to have two fully equipped hospitals with state of the art equipment in the 2015/2016 Financial Year. This is to be realized in a program aimed at improving healthcare infrastructure in the country.

According to the Finance Cabinet Secretary Henry Rotich, this is to be realized following partnership with all the 47 county governments under the recently launched Managed Equipment Services project.

The government, in addition, set aside Sh39.1 in the 2015/2016 financial year for modern health equipment in hospitals and health centres in the various counties countrywide. Sh1.0 billion has been set aside for slum healthcare program, which is Sh0.7 billion more than what was allocated in the program in the previous budget.

Unlike the previous financial year where the government allocated only Sh0.67 billion to the National Aids Control Council, this year, the National Treasury has set aside Sh19.7 billion for HIV/AIDS, malaria and tuberculosis programs.

But despite the huge allocations towards hospital equipment, Dr. Dr. George Ooko Abong’ a lecturer at the University of Nairobi says it is unnecessary if there is no focus on the medical staff.

Abong’, who is also the industrial training coordinator, Department of Food Science, Nutrition and Technology University of Nairobi says:

“This shows the low level of commitment we have towards improving the health sector. Even if you have well equipped hospitals but with low number of fatigued human resource, then you are sure to fail by simply having white elephants.”

He emphasizes on the need to have training and remuneration of our personnel at all sectors of the economy.

Increased allocations to the health sector including better equipping of health facilities, albeit the majority are devolved functions, they are in tandem with the jubilee manifesto which seeks to improve health care in the country. Its flagship project in the health sector was free maternity for mothers in all public facilities, which led to increase child births and safety of mothers across the country.