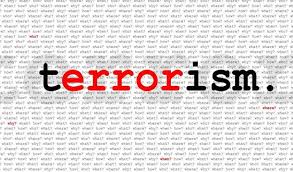 Police have arrested a man suspected to have terror links in Wote town, Makueni County.

20 -year- old Ngandi Mwikali alias Sheikh Hassan was arrested over the weekend after he threatened to blow up certain buildings in Wote.

According to Makueni CID boss Elena Wairimu, the suspect a class five dropout disappeared six years and only resurfaced last Tuesday with vague details of his whereabouts.

Wairimu told the press that Boniface Kilonzo, a brother to the suspect reported him to the police after he disclosed his plans to blow up buildings in the town that housed their relatives.

The suspect has since been moved to the Anti-Terror Police Unit in Nairobi for interrogations.

Kilonzo described the suspect as a lazy and a disobedient person who exhibited truant behaviors at a tender age.

“My brother always wanted good life though he loathed hard work. He vanished in 2009 and he claims to have been working in a hotel in Voi,”said Kilonzo.

Meanwhile tension remains high in the town as residents live in fear of a terrorist attack. However, area OCPD Philip Opiyo has assured residents of tight security and urged them to carry on with their normal activities.

The arrest of the suspect in Wote town comes at a time when security agents have intensified the war on terror in the country. Police have released a list of 44 terror suspects believed to have been part on a botched terror attack in Lamu in which 11 terrorists were killed alongside two Kenya Defence Forces soldiers.

Although the investigations into the claims are ongoing, the arrest in a county that is relatively peaceful with few criminal activities brings to the fore to the fact that radicalization is real and many jobless young people are falling to the trap of being recruited to terrorist groups.

Perhaps the time is ripe when the government should move with speed and put in place proper measures to stop the practice.