Residents in Makueni and Kitui to benefit from Thwake Multipurpose Dam 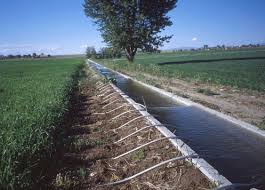 Thousands of residents from Makueni and Kitui counties are set to reap massive benefits from the establishment of the Thwake Multipurpose Dam, an African Development Bank funded project to be constructed at the confluence of Athi river and Thwake river.

The dam is one of the flagship projects for vision 2030  and besides provision of  clean and accessible water to the residents, the project will have a raft of economic benefits to the locals.

The two counties receive an average of 500mm of rainfall per year. Most of the residents rely on rain fed water for both subsistence farming and domestic use. However, the erratic weather patterns have led to successive crop failures and acute water shortages occasioned by prolonged dry spells.

Residents cover long distances looking for water for both domestic and livestock use with a majority walking an average radius of 10km especially during the drought seasons when most sources of water dry up.

Although significant water projects have been initiated by both government and non-governmental organizations in a bid to alleviate the problem, water scarcity still continues to be one of the major challenges in the two counties.

With the advent of devolution, Makueni and Kitui County Governments have no option but to address the problem as the success of the devolved system in two counties will largely be based on the strides made by the respective governments to cushion residents against water scarcity.

Already Makueni County Government has embarked on an ambitious water program dubbed ‘Kitwiikany’a Kiwu’ aimed at constructing 3,000 water pans, each with a capacity of 5,000 cubic metres for multipurpose consumption.

But it is the Thwake Multipurpose Dam that is expected to completely transform Ukambani and in particularly the two counties where the dam will be constructed.

The dam to be established at a whooping cost of Sh42B under the Tanathi Water Services will not only sustainably address the problem of water but also open up the region for development and spur growth leading to improved social-economic status of the residents.

According to Chair Tanathi Board Peter Ndwiga the project will create both direct and indirect employment opportunities to more than 7,500 people. The jobs will include technical, semi-skilled and unskilled labor that will be required for the entire construction of the dam while other opportunities will be created through irrigation, fishing and tourism activities.

“The living standards of the residents will improve due to the income generation and productivity from the various sectors,” he said.

Ndwiga, speaking during a stakeholders meeting at the proposed site in Mavindini said the dam will provide water for domestic, hydro and irrigation purposes and more than 61,ooo hectares will be put under irrigation enhancing food productivity in the region.

“With the irrigation component relief food will be a thing of the past in Makueni and Kitui counties and just like Dubai the region will be turned into a business hub,” he said.

He noted that the dam will also provide accessible water for domestic use and the valuable time and energy spend by residents walking for long distances in search of water can be used to initiate other activities that can be of economic value.

The chairperson also added that project will change the environmental surroundings of the region as it will moderate the micro- climatic conditions due to the high humidity.

“These two counties are characteristically hot but with the dam the environment is bound to change to a cooler one,” he said.

Upgrading of the road infrastructure for the construction and maintenance of the dam according to Ndwiga will also contribute to better transport and communication networks leading to a positive social- economic impact.

Makueni Governor Kivutha Kibwana said the project will completely transform the lives of residents but called for a collaborative approach for the success of the dam.

“Let the people know the benefits of the dam for project to succeed,” said the governor.

If the residents fully utilize the opportunities provided by the dam, extreme poverty and food insecurity will be things of the past in the two counties.