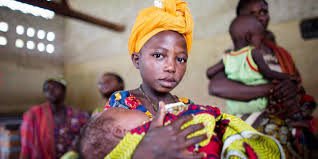 Today, December 10th, the world marks the Human Rights Day and Kenya will join the rest of the international community to commemorate the day set aside by the United Nations General Assembly to highlight specific issues on human rights and promote awareness on human rights all over the world.

Although Kenya being a young democracy has made major strides in upholding of human rights especially with the promulgation of the 2010 constitution that guarantees fundamental rights and freedoms, more needs to be done to ensure that ordinary Kenyans live in dignity.

With still many Kenyans not aware of the basic human rights and freedoms as enshrined in the supreme law, majority continue to have their rights violated by fellow citizens, institutions, political elite while others suffer in the hands of the same government that is supposed to uphold and protect human rights.

Incidents ranging from extra judicial killings in the guise of combating terror, arbitrary arrests of journalists, human right defenders and ordinary citizens to passing of repressive laws that curtail both freedom of expression and the media, are some of the serious human rights violations that continue to happen in the country, despite a progressive constitution extolled for providing for such freedoms.

Although early marriages occur to both boys and girls under the age of 18, girls are more susceptible to the practice mostly propagated by poverty, retrogressive cultural practices and war or violence among other factors.

Marriage of girls before they attain 18 years is not only a basic human right violation but also a manifestation of gender inequality that is detrimental to the development of victims exposed to the practice.

It has devastating effects on the girls’ health, physical and social – economic growth. While many drop out of school to become wives and mothers at an early age, others develop pregnancy related complications and even die at childbirth.

Majority live under the mercy of the husbands and are usually subjected to domestic violence and with no or little education their chances of gaining any meaningful employment diminish and their families live in unending poverty.

Despite concerted efforts by different stakeholders to end the practice globally, early marriages are common especially in Africa where thousands of girls are plucked from their childhood and plunged into womanhood.

So rampant is the practice in Africa such that the theme for this year’s Day of the African Child was centered towards ending early marriages.

Statistics show that Kenya is one of the countries in the African continent where the practice is widespread with Northeastern and Coastal regions recording the highest rates.

According to the Kenya Population Situation Analysis Report 2013, in every 100 girls in Kenya 26 are married before they attain the age of 18.

Despite the Marriage Act 2014 and Children’s Act 2001 that outlaws marriage for underage in the country the government has not been able to completely rein in the practice.

Speaking during the Day of the African Child celebrations held in Kathonzweni in June, Makueni Children Officer Rasto Omollo admitted that girls were being married off at a very tender age with many cases going unreported.

While there, are no statistics to show the rate of early marriage in the county, Omollo said the practice was rampant and attributed it to poverty and retrogressive cultural traditions and underscored the need for stakeholders to create awareness on children rights.

“Many parents marry view the girls as a burden and marry them off especially during the dry season when food is hard to find. However we need a collaborative approach to end the vice because it’s a violation of the child rights,” he said.

This year’s theme for the Human Rights Day is “Our Rights. Our Freedoms. Always.” and seeks to create and promote awareness on the need to uphold social, political, economic rights of all human beings across the globe regardless of their gender, religion or political affiliation.

Girls and women at large form a very integral part of the society and there is a need to safeguard them against discrimination or practices that violate their basic human rights.

As a country, we should endeavor to have a society with empowered girls and women. The government in collaboration with other stakeholders should come up with laws and enforce the existing ones to protect women and girls from such harmful practices as early marriages and FGM.