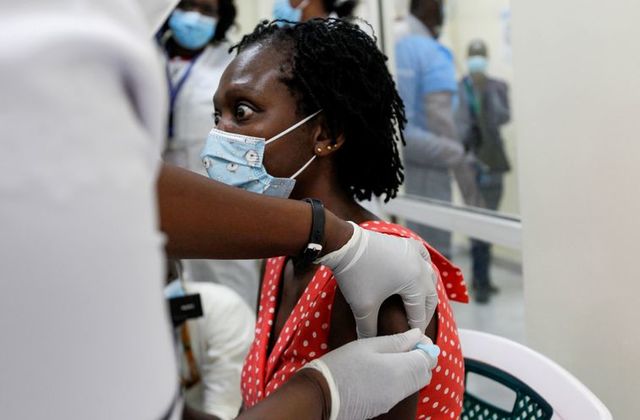 Kenyans’ reaction to the Covid-19 vaccine

Kenya received its first batch of the covid-19 vaccine on the 3rd of March 2021. The Ministry of Health received about one million doses of the AstraZeneca vaccine at the Jomo Kenyatta International Airport. The vaccines were delivered by the COVAX facility which is also being used by other African countries. The Kenyan government announced that the first people to receive the jab of the vaccine are the health care workers who face the greatest risk of contracting the covid-19 virus while attending to their patients. In the past months, we have seen a great number of frontline workers succumb to the virus while on duty.

The Ministry of Health stated that the vaccination process in Kenya is voluntary but encouraged citizens to have the vaccine so as to reduce the spread of the virus in the country. However, there are some Kenyans who are hesitant about taking the vaccine especially because of the rumors that have been spread around social media platforms where some anti-vaccine individuals warned people against receiving the vaccines. Some stated that the vaccination was to reduce the population of Africans by the western world which has led to great hesitation to the virus. It is now the responsibility of the government to educate and make citizens aware of the benefits of the vaccine.

There are other situations where individuals are comparing the effectiveness of the vaccine with what other countries are using such as Pfizer and Moderna that are being used by some European countries and the United States. The Ministry of Health recently announced that the rollout of the vaccines will now be carried out in both private and public health facilities so as to enable as many Kenyans to receive the vaccine against coronavirus.

Some of the people who have received the vaccine have mentioned that there are side effects after getting the first dose of the jab. There have been reports from some people that they have had headaches, redness of the area that has been injected, body pains, and fatigue. However, these are some of the signs that the body is reacting to a foreign element in the body and is trying to adapt to the element. The same also stated that after a while the side effects reduce but from some researchers, the side effects increase with the second dose of the vaccine.

Citizens are also worried that they may not get access to the vaccine as soon as possible after reports that the government was requesting funds from the International Monetary Fund (IMF) to purchase the vaccines. Some are not sure if the government will manage the funds appropriately after the recent case of mismanagement of the covid-19 funds.

Despite there being a vaccine for covid-19, Kenyans are still being advised to protect themselves and others against the contraction of the virus. The Ministry of Health advised that even after getting the first dose of the vaccines, one can still contract the virus. Kenyans are being advised to continue using their masks, sanitizing, and washing their hands, and that they should observe social distancing as there has been a recent increase in the positivity rate by 22.1%. We do hope that the virus will be contained and most Kenyans get access to the vaccine so as to bring these numbers down and that the country is able to get back on its feet especially in the sector of financial growth.