You have until 11th July 2021 to visit your nearest National Hospital Insurance Fund and start the process of shifting your NHIF identification from the current physical card to the biometric identification method.

“The great migration from a card to a biometric system has started. Now no one else can use your card without your knowledge!” tweeted NHIF

The parastatal has made a number of changes all geared towards the adoption and escalation of the Universal Health Coverage.

Some of the changes to the rules of engagement include private insurers paying first whenever a member is hospitalized in a plan to reduce the burden on the National Hospital Insurance Fund. 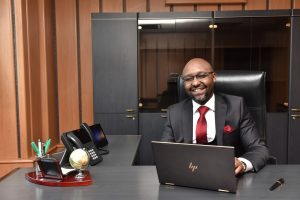 “Currently, NHIF acts as the primary insurer for co-insured members, thereby bearing the biggest burden of between 70 and 100 percent of most hospital bills irrespective of whether the patient has a private health insurance cover,” said Peter Kamunyo

“The standard practice globally is that private health insurers are the primary payer while social health insurers become the secondary payer for benefit packages such as radiology, surgical, and dialysis,” he added

According to a post on his LinkedIn page, Kamunyo said the concept has been practiced the world over where the principle of social insurance operates on the philosophy of social solidarity. Individuals who can pay more do so to support and uplift those who cannot. The proposal is in the NHIF Act (Amendment) Bill 2021, introduced in the National Assembly on May 13. “The reforms are expected to strengthen the fund to deliver UHC before President Uhuru leaves office next year. If this bill passes, more funds would be available for NHIF to expand its benefits package,’ said Kamunyo

The ink on the post had hardy dried up before a Medical Services Manager at Madison Group Kenya disagreed with Kamunyo  saying private insurance should serve as a complement to social insurance. As such, NHIF should be the very first payer. That’s the reason why NHIF is compulsory and private insurance is not.

Gone gave the UK as an example; Private insurance in the UK is mostly taken for services not well covered by NHS such as dental and optical and in situations where the client needs “better” services such as faster access to specialists and private rooms.

“The amount paid by NHIF in most cases is negligible compared to the amounts payable by private insurers. Take for example, NHIF will issue an undertaking of Ksh. 40,000 for a procedure costing Ksh. 400,000. In such cases, what will NHIF be paying if the client in covered to a maximum of Ksh. 500,000 by a private insurer?” posed Gone

So far,NHIF has been catering for people with chronic and pre-existing conditions, which most private insurers and they include dialysis, cancers, surgeries, and specialized imaging like MRI, CT Scan, and Pet CT Scan.

Speaking on the same forum, M.P.Shah Hospital Chief Executive Officer Toseef Din said “We need more collaborations and stakeholder engagement to make this happen and for it to remain sustainable.” 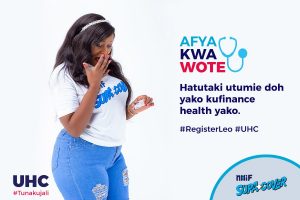 This means they will be required to pay Sh500 every month in a remodelled Universal Health Coverage (UHC) scheme for outpatient and inpatient services, including maternity, dialysis, cancer treatment and surgery.

Every adult Kenyan will soon make an annual compulsory Sh6,000 contribution to the National Hospital Insurance Fund (NHIF) if Parliament adopts State-backed changes to law in the race to offer medical cover for all.