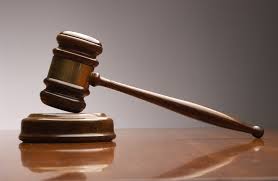 A Makueni Senior Resident Magistrate has today postponed the judgment of a case in which a catholic priest is charged with attempting to kill his colleague in Makueni parish in 2010.

Magistrate Richard Koech deferred the judgment of the case in which Father John Makewa is accused of attempting to murder Father Fidhelis Nzuki at the parish house on March 21st to June 3, saying that he needed more time to compile the judgment.

Supporters of the accused who had turned out to in large numbers at the Makueni courts to listen to the verdict were disappointed after the magistrate stated that he had not finished compiling the judgment due to other judicial obligations.

“I have been busy the whole of last week but I shall deliver the judgment in month of June,” he said.

All parties agreed that the judgment be deferred to June 3.

Fr. Makewa’s lawyer Fred Nemisi while addressing journalists at the law courts expressed confidence that justice will be delivered following a successful appeal in a Machakos High Court after a Tawa court convicted the accused to seven years in jail for the crime.

“We appealed and the High Court receded the sentence and directed that the matter be held afresh from November 28, 2013 in Makueni,” said Lawyer Nemisi.

Father Makewa is charged for shooting and seriously injuring his colleague at the parish for unknown reasons.