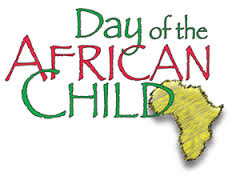 Residents of Makueni County joined the rest of the African continent to mark the Day of the African Child (DAC) with renewed calls for the need to safeguard the rights of children and protect them against retrogressive community practices that violate their rights.

The event held at AIC Kathonzweni Primary School grounds brought together parents, children, government officials and several non -governmental organizations all with the common goal of highlighting the injustices African children face, and measures that can be put in place to realize their rights.

Children drawn from different schools within the county wowed the audience with artistic pieces comprising of songs, play skits, narratives and poems whose message resonated with this year’s theme of ending early marriages among children in Africa.

Omollo singled out Kiangini, Kithuki and Kitise as some of the areas where sexual child abuse cases were rampant and called on the residents to collaborate with the children department and other relevant stakeholders to stop the abuses and bring the perpetrators to book.

The DCO noted that despite such sexual violence being meted out of innocent children many of the cases go unreported while others are solved in Kangaroo courts leading to further violation of the victims and subsequent stigmatization.

“When these cases happen the parents of the children abused are lured into solving the problem at household level and some are given money not to report the cases which is very unfair to the victims,” he said.

Area Member of the County Assembly Francis Mutungi reiterated the DCO’s sentiments and called on the residents to shun from harmful cultural practices that discriminate against children.

“Early marriages and female genital mutilation are detrimental to the physical and psychological well being of children and should stop,” he said.

The MCA noted that children form an integral part in the society adding that gone are the days when children were looked down upon.

“We live in an enlightened world where children should be given a chance to be heard and listened,” said Mutungi.

Joseph Muindi Mwololo, a child living with albinism moved the crowd when he narrated the stigma that people living with disabilities undergo.

He beseeched the residents to embrace the disabled in the society and especially children and educate them to become financially stable.

“Most of us are denied even basic needs like food and water, we are all human and nobody wishes to be born disabled,” said Muindi.

According to Wikipedia, the Day of the African Child (DAC) is commemorated every year on 16 June by Member States of the African Union. This occasion is firstly a commemoration to recall the 1976 uprisings in Soweto, when a protest by school children in South Africa against apartheid-inspired education resulted in the public killing of these unarmed young protesters by police officials.

This year’s theme ending child marriage in Africa is a clarion call to stop the harmful practice that shatters the lives of millions of innocent young girls in the continent.