A Nyeri Facebook user Martha Miano was arraigned in court on Monday after she was accused of using abusive language in her posts towards a county government official and Rigathi Gachagua who is a brother to Nyeri Governor Nderitu Gachagua. Rigathi and James Kabiru (Director of Governors Press) filed a complaint against Ms Miano after they claimed she had launched personal attacks against them on social media.

Ms Miano was whisked from Karatina town by CID officers and taken to Nyeri town where she was arraigned in a Nyeri law court, with no explanation and under tight security.

Ms Miano was charged with misuse of telecommunication gadget then held without bail or bond for seven days to allow investigating officers to complete their inquiries. 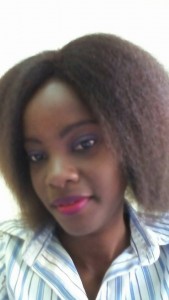 However barely 24 hours later Lawyer and Kiharu MP Irungu Kangata showed up at the Nyeri court and said he would defend Martha JM Miano.

Kangata claimed that Ms Miano’s arrest was politically motivated and demanded that she be granted bail.

The Court ordered that Ms Miano be produced in court on Wednesday morning.

The controversy surrounding her is being fueled by the fact that Ms Miano is alleged to be an employee of the Mathira Constituency Development fund, which is under Mathira MP Peter Weru.

Hon. Weru and Mr Rigathi are known to have political differences over the implementation of development projects. Hon. Weru is the current Mathira Constituency MP while Mr. Rigathi is an aspiring Mathira MP.

Her Facebook posts suggest she is politically active. She clarifies and comments on issues in support of the Mathira MP and largely criticizes the Governor and others.